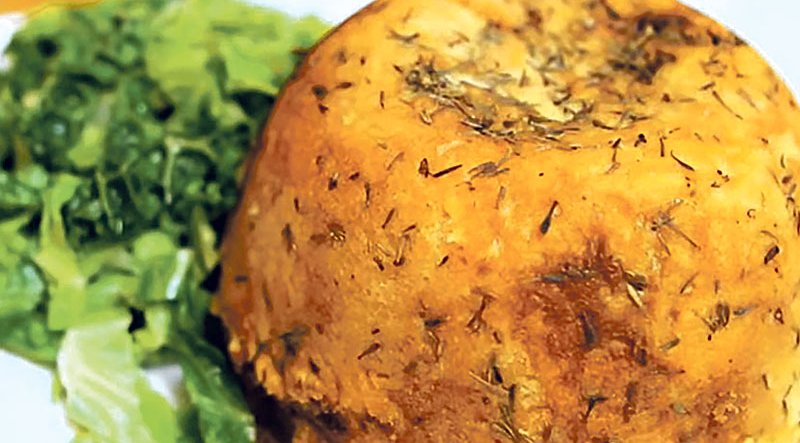 STEAK AND KIDNEY PUDDINGS: Were once Britain’s favourite dish.

A WHILE back I wrote about how I threw a posse of security guards at Gatwick Airport into a tizzy when six tins of Fray Bentos steak and kidney pies were found in my hand luggage.

Guard No 1 was so perplexed that he sought a second opinion as to whether they were allowed on my flight back to Spain. A colleague was just as nonplussed. Along came a third, then a fourth. After a lengthy debate the general consensus was that the pies were OK, and I was sent on my way.

Why would I want to bring pies into Spain? The answer’s easy. Decades ago they were my favourite comfort food and I honestly thought that they had gone the way of brands like Worcestershire sauce-flavoured Twiglets, Bernard Matthews’ Turkey Twizzlers, Terry’s White Chocolate Oranges and Heinz baked beans pizza (yuck), to name but a few.

When I make a business trip to the UK at the end of June I shall not bring back any more. Why? Because they are no longer what they were back in the day. The tin may still say ‘steak and kidney’ but all it contains is a gooey brown gravy buried beneath a great lump of soggy pastry. Acid reflux in a can is what these abominations really are.

I was reminded of those pies when a recent conversation in a bar veered over into retro British recipes. Most of the people in the pub were of a certain vintage, to put it politely, and got all misty-eyed as they recalled jam roly-poly, coronation chicken, devilled kidneys, oxtail stew, toad-in-the-hole with onion gravy and bubble and squeak.

My contribution was prawns with avocado, cheese fondues and queen of puddings. Naturally!

Which is probably why I discovered by my mid-fifties that I had developed a sizeable belly. Or a ‘balcony over the toy shop’ as the Australians so delicately put it. That’s when I hit the gym running, lost a massive amount of weight, and completely cut out all junk food.

But, if I had the cash to open a restaurant in Spain, I would revive all those old dishes because I reckon chubby expats and tourists would beat a path to my door to shovel down rum and honey babas, Arctic rolls, cheese and onion pies, brandy snaps, Bakewell tarts and steak and kidney puddings.

Speaking of the latter, I learned that this particular dish was once Britain’s favourite dish. It dates back to 1861 and originally featured one ingredient not commonly seen today – oysters. These were once so plentiful they were more often eaten by the poor than the rich.

Fray Bentos’s tinned version, introduced in the1970s, is still available today, but many Amazon customers are far from impressed. One wrote: ‘Absolute rubbish. I haven’t tasted anything more awful than this. Suet pastry so gluey, and the meat content abysmal. I have got a few left, but will leave for the food bank. At least there is something in the stomach for someone hungry.’

So rest assured I won’t be returning to Spain with a bunch of the things.