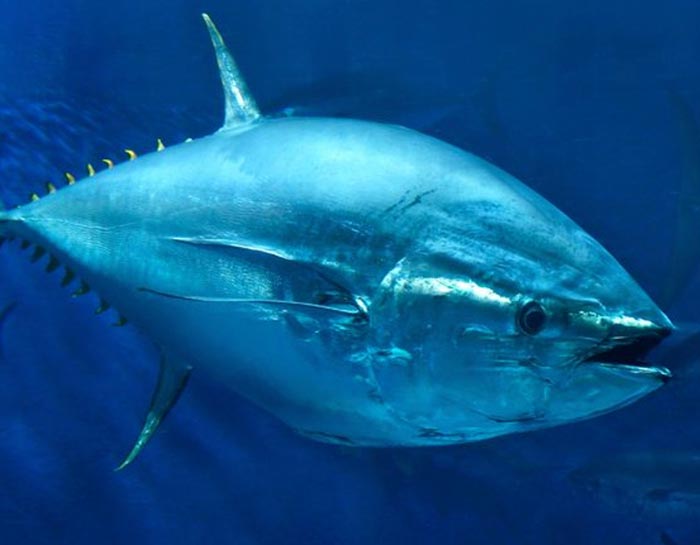 MAY and June see the start of the tuna fishing season on the Costa de la Luz where Tarifa, Zahara, Barbate and Conil all lie as these are tuna routes.

They have tuna festivals/fairs each year and Michele and I visited one of them in Zahara last year in early June.

It was great eating some of the world’s best and freshest tuna, meeting top chefs and restaurateurs from around the world, wine tasting, sherry tasting and pairing wines to the tuna along with street parades, dancing and live music, it’s an exciting experience.

However, it can be a bit controversial as many people are angry about the traditional fishing methods used called ‘almadraba’ (it is Arabic for place of fighting).

Now Michele and I love animals and we go to a lot of trouble to buy naturally farmed meats, organically bred, not pumped with steroids and antibiotics and we do not buy farmed fish.

Many of the people, who get upset about tuna fishing that I know of, are the sort that eat cheap chicken packed with chemicals. They also choose to eat intensive farmed beef as it is cheap, but it is harmful to you in the long run.

Michele and I avoid buying cheap farmed meat or fish which is why I can’t and won’t compete with cheap restaurant pricing, as great food isn’t cheap! We like to buy the best of everything including seasonal wild fish like the Bluefin Tuna from this beautiful region in Spain.

But is it sustainable? Are we overfishing the tuna? Are these people right? I spoke with the EU Fisheries department about this to try and clear things up. This is what they told me:

“The traditional fishing method called almadraba is one of the oldest recorded fishing systems. The almadrabas catch tuna as they swim across the Gibraltar strait, the Atlantic Ocean and the Mediterranean Sea when they go to spawn. These traps catch the tuna when they are moving towards the Atlantic Ocean. The basis of this fishing method is that the schools of tuna, upon encountering the nets do not try to go through them, but instead they follow them, enter inside and continue through, finally trapping themselves inside the final chamber.

“The fishing season for the paso almadraba traps begins in the spring and ends at the start of summer, and the season for the ‘retorno’ (the return) almadrabas begins at the end of summer and ends in the autumn.

“The long story of the almadraba traps has given us a series of data that is of important scientific value.

“The almadraba technique used for Atlantic Bluefin Tuna fishing is respectful to the environment and to resources, due to several characteristic factors of this fishing system including: seasonality, location, structure, low energy consumption because of its working system, lack of waste generation, there is a limited stay time for the tuna within the structure of the almadraba.

“It creates a very reduced ‘bycatch,’ because the structure uses large mesh nets, and so a high percentage of the caught tuna are adult specimens that have already bred and have spawned on several occasions, and the size and flexibility of the nets mean there is no damage to the cetacean or dolphin populations and it doesn’t have any influence on the local hydrological dynamics.”

So faced with this information from the European Fishing Policy department I am happy to buy it and happy that you enjoy this premium product which is on my menu right now!

Our tasting menus are becoming more and more popular and most nights this tuna dish is highlighted as one of the best tasting courses by our clients. So this week I am sharing the recipe with you.

El Corte Ingles has it in stock now!

For the tuna spices

Pre-heat a pan with no oil at this stage

When the pan is red hot, add a tablespoon of oil and sear the tuna but do not move it

Wrap the spiced tuna pieces in cling film and refrigerate for a minimum two hours.

Mix the first three ingredients (onion, ginger, chilli) together and put the remaining ingredients in a small sauce pan and warm through

Remove sauce from heat and add the onion, ginger and chilli and allow to cool.

Pour the sauce around and serve

I like to garnish it with a little balsamic vinegar caviar which is very tasty!