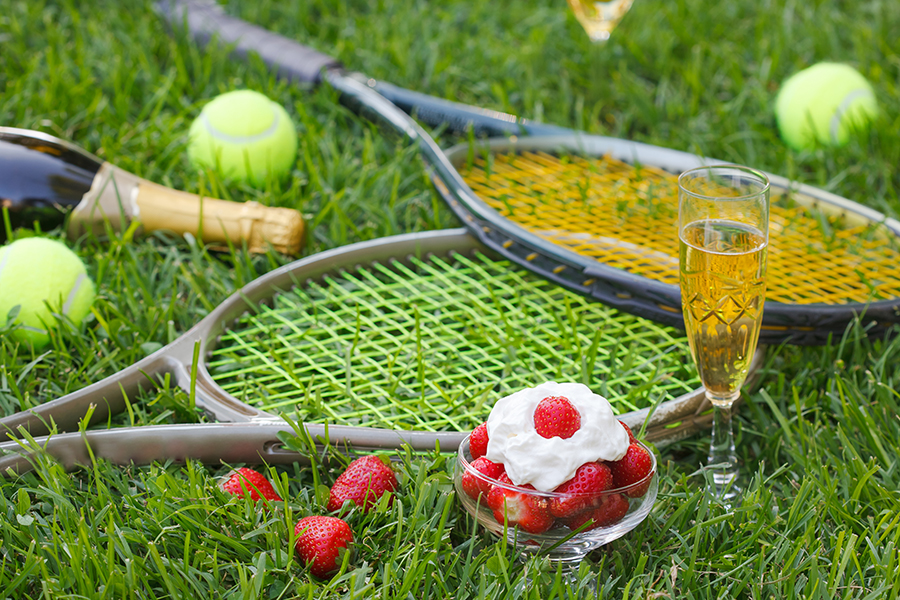 In need of a little more tradition Credit: Shutterstock

IN a ‘move with the times,’ it has been announced that Wimbledon umpires will stop referring to women athletes as ‘Ms,’ ‘Miss,’ or ‘Mrs,’ and instead refer to them by their last name – like they do in the men’s division.

Really? A move with the times? I’m now officially calling bull***t on all this. Who cares? I bet not one lady tennis player has requested this. It’s outside pressure. Wimbledon is the last place where everything is a tradition.

The players must wear all white; you drink Pimms and have strawberries and cream. Members of the armed forces show you to your seat. I need to go back in time for a bit. I want to use my Co-op divi number when I go shopping. I want my Green Shield stamps and my Embassy coupons that Mrs S actually used to pay for her driving lessons when she was 17.

I want to try and hold a chocolate wagon wheel in one hand with my hot chocolate drink after going to the swimming baths. If I see a member of the opposite sex, or even the same, I want to say, ‘Hi, you look nice today’ without fear of being treated like a sex offender.

I want to be able to disagree or, in some cases, agree with something without the fear of being called racist, homophobic or misogynistic. I want my opinions to be heard without someone screaming at me. I want to walk through London at night without worrying I’m going to get stabbed just because I’m in the wrong place at the wrong time.

I want to go out like I used to when I was young and just have fun with my mates without posting every single move on Facebook or Instagram. I want to be able to search the internet with the likes of WebCrawler and Lycos that just gave me the info I needed. Now things pop up for me to agree to and everything I do is tracked.

I want to go to McDonald’s without 15 minutes later getting McDonald’s adverts on all my devices because I happen to have an iPhone. I guess I’m saying STOP!! Give me, and people like me, a break. Stop telling me what I need – I know what I need and I need to watch Wimbledon with the ladies still being called Ms, Mrs or Miss because it’s not doing any harm and I like a bit of tradition in my old age!

Share your story with us by emailing [email protected]ws.com, by calling +34 951 38 61 61 or by messaging our Facebook page www.facebook.com/EuroWeeklyNews