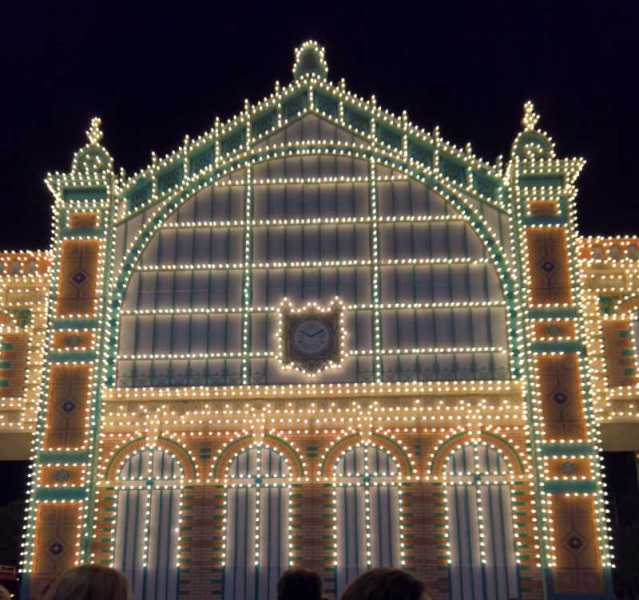 CONFIDENT: The city Mayor said this year’s festivities “will be better than last year and worse than next.” CREDIT: Photo Commons.Wikimedia

“THE best days of the year in the best city in the world”, was how Almeria Mayor Ramon Fernandez-Pacheco described the provincial capital’s annual festival, which gets underway today, Friday.

Speaking earlier in the week the Mayor promised this year’s nine days of festivities in honour of the Virgen of the Sea “will be better than last year and worse than next.”

Commenting on the fact Almeria’s annual bash coincides with the Malaga city festival and whether this would impact on visitor numbers this year, Fernandez-Pacheco said he believed “we have our own festival model; it is totally different from other Andalucian festivals, and that’s what makes it special.”

The Mayor boasted Almeria is a city “which has known how to make quality of life one of its banners.

“That is the power of the Almerians, that we are the best ambassadors of our sun, our sea, our tapas and our way of living life”, he commented

“Almeria is a city which increasingly more people like, where everyone is welcome, and where everyone has the opportunity to fit in, share and enjoy”, the Mayor added.

Among the highlights are Monday night’s Battle of the Flowers, which will involve an estimated 20,000 carnations, Tuesday night’s performance by local-born pop star David Bisbal, and Thursday night’s concert by rock band Marea.

One of the main novelties of this year’s festival is the four hours without noise and fairground lights for children with autism and Asperger’s syndrome on Monday evening between 7pm and 11pm, an initiative agreed between the city council and the Almeria Asperger Association.

Also this year there is a strong emphasis on local cuisine and Almeria’s title as 2019 gastronomy capital of Spain.