Don’t write in slanglish if you wanna pass exams 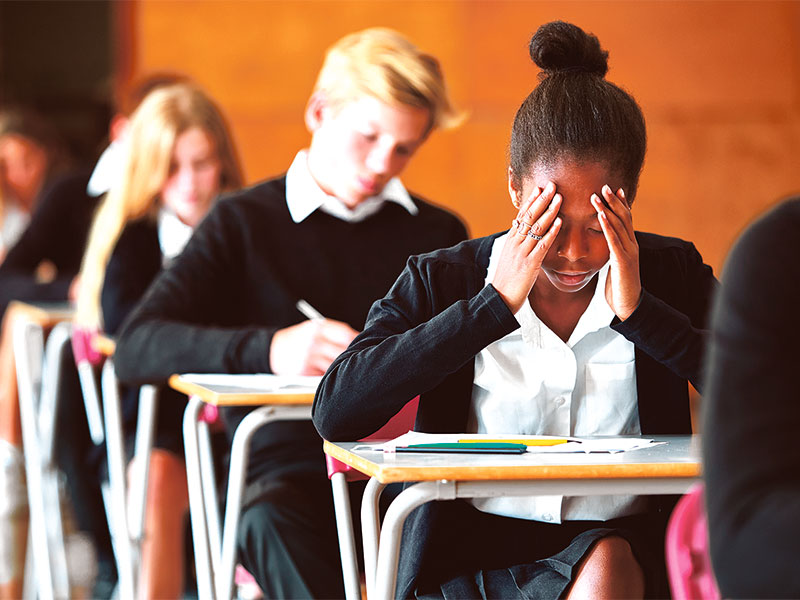 IN A WORD: Slanglish is sloppy speech.

IN a recent survey, thousands of tutors were asked why students they’d taught failed English GCSEs. The most common reason, given by 42 per cent of respondents, was using ‘slanglish’ in exams, the most commonly misspelt words and phrases being ‘tonite,’ ‘summin’ and ‘pls.’

I’m sure it’s considered elitist, but what can you expect when your ears are assaulted daily by the mangling of pronunciation from commentators on TV and radio? Some (not all) don’t pronounce ‘ing’ at the end of any word, ever, so you get: ‘I’m standin here in Downin Street waitin to see what’s bein said after this meetin…’

If you want kids to write correctly, then they need to hear the right things in the first place, right? There is, too, a traffic reporter on BBC radio who does exactly the same thing: traffic is ‘quein,’ ‘passin’ or ‘slowin.’ When a listener complained about this, he was reprimanded by a BBC functionary who said they were trying to encourage regional accents. Now, I’m all for regional accents, but this is just sloppy speech. But, to be fair, you’d expect that sort of PC nonsense from the BBC.

And don’t get me started on ‘yoof’ presenters. No wonder our children can’t speak – and therefore write – properly if their use of language is held up as being correct. Remember Tony Blair dropping his ‘t’s to be down with the yoof?

Messaging and autocorrect are often given as the main reasons for the current situation. Nonsense! The root of the problem is simply that kids don’t read books any more. So they’re never exposed to correct grammar nor have any chance to widen their vocabulary.

What hope is there they’ll ever learn it if all they ever see or hear of language is ‘txt spk’ or the mangled noise of TV and video? While doubtless technology bears some blame for this, so too do government educational policies that have bypassed books as a primary aid to learning.

And the average yoof’s reaction to all this: ‘I dunno wot yr bovvered abt. Jst syin.’