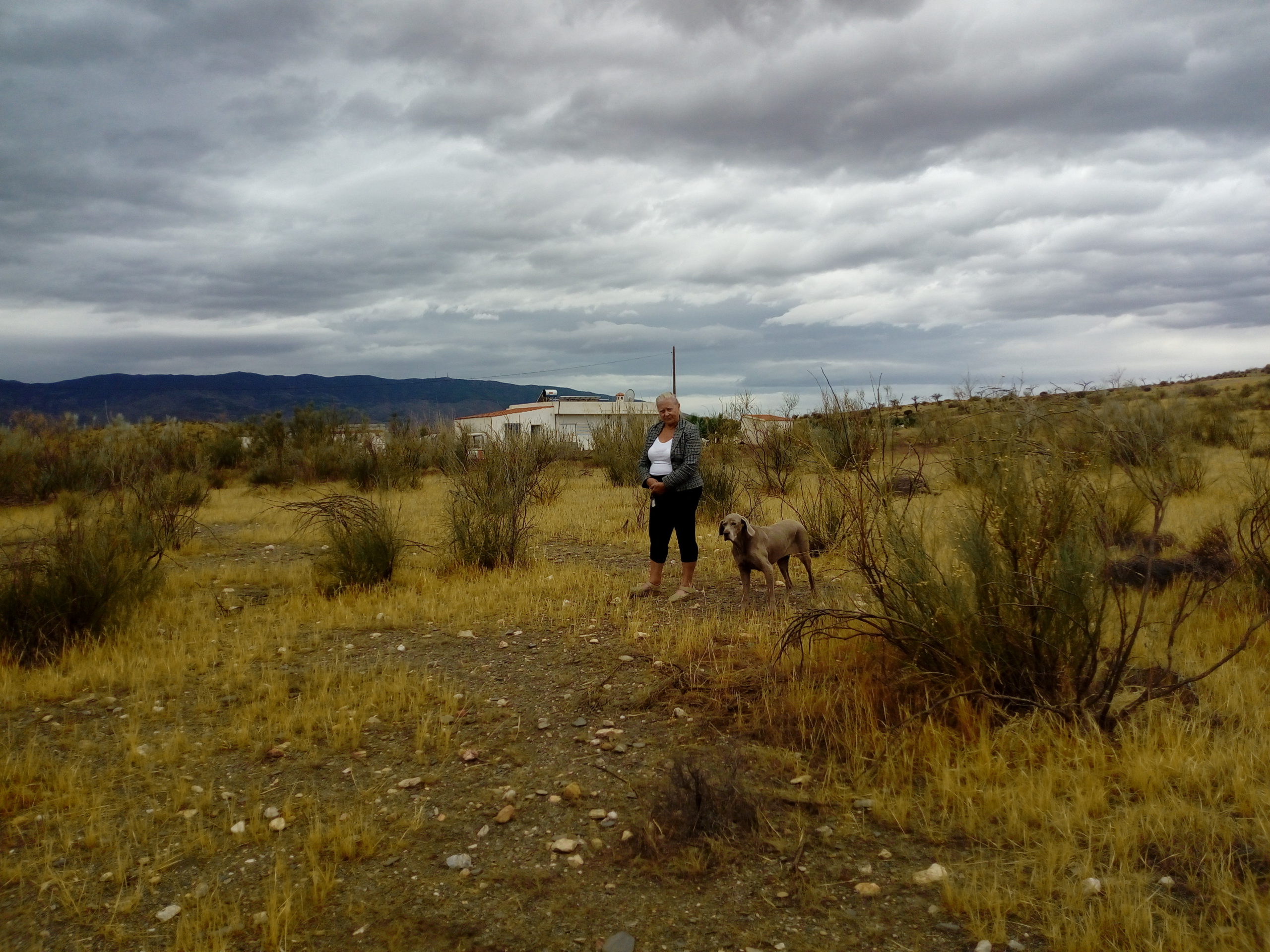 AN application to open an intensive pig farm next to her Tabernas home has horrified British ex-pat Gina Roebuck.
Animal lover Gina has lived happily in her country house for the last 13 years. Now the 75-year old is terrified her peaceful life will be ruined, should the application be approved.
“It would kill me”, Yorkshire-born Gina told the Euro Weekly News.
As someone who has devoted much of her free time to volunteering for animal rescue associations in Spain and the UK, and who hasn’t eaten meat for years, she cannot bear the idea of pigs being reared intensively right on her doorstep.
She has she admitted “done nothing but cry”, since she found out about the pig farm plans.
What’s more, she has concerns about the possible impact a farm of this kind could have on the local environment in terms of pollution and believes it could exacerbate an existing water supply problem in the area.
She told EWN that as it is the wells on her own land ran dry two years ago and the public fountain about 400 metres from her home is also running out.
Intensive pig rearing is an increasingly debated issue in Almeria as this kind of operation becomes more common in areas including Huercal-Overa, Pulpi, Albox, Nijar and Los Velez, as well as Tabernas.
The Almeria United Left party has slammed the Tabernas farm plans. Like Gina, the IULV-CA party has registered complaints against the project at the Town Hall.
The provincial coordinator Maria Jesus Amate commented on social media that intensive farms of this kind “cause serious harm to human and animal health and the environment.”
She continued, “as well as being a model which does not generate employment and a settled population, the pig slurry contaminates the air, the ground, the fauna and the flora.”
The centre-left PSOE party Tabernas Mayor Jose Diaz also has concerns about the pig farm proposal and maintains the council is “in tune with” local residents and associations.
Speaking to EWN, Diaz first clarified it would not be a large-scale operation as it has been described in some Spanish media reports, but rather the Junta de Andalucia environmental impact procedure corresponding to the project is for those of “least magnitude.”
In any case, Diaz told the EWN, he does not believe “it is a suitable location or activity.”
He points out the area is not connected to the municipal water network, so it would mean finding water from another source, also referring to the problem of overexploitation of local aquifers.
At the same time the Mayor made the point that “as the council we can’t deny anybody the right to propose a project on their property.”
He stressed the procedure for assessing the pig farm plans is still at the early stages: the time period for environmental classification and for the public to present complaints has just recently concluded and the project now requires a number of sector provincial and Andalucia government reports.
Should it get to the final stage, a plenary meeting, Diaz made it clear to EWN he would vote it is not of interest to have the farm on the proposed site.
“If it gets to the end and passes all the procedures I’m sure the plenary meeting probably won’t accept it because socially it is a project which, especially due to the location, is shall we say disapproved of.”