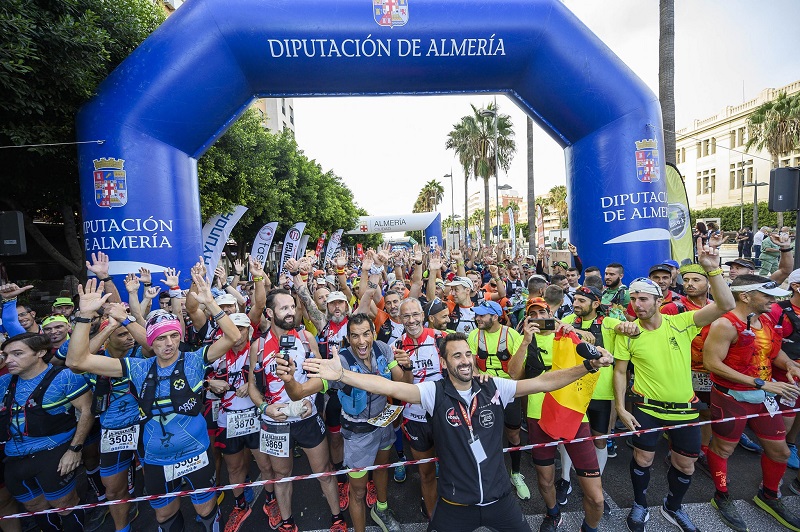 RECORD: More than 6,000 competitors took part in the challenge, one of the most demanding events of its kind in Spain. CREDIT: Ayuntamiento de Almeria Facebook

A record 6,000 competitors took part in Saturday’s event, considered one of the toughest of its kind in the country.

Many of the competitors were athletes of the highest calibre, and around one in seven had travelled from elsewhere in Spain to the province to take part.

Setting off from Almeria city first thing in the morning, participants had to attempt a gruelling 70 kilometres on foot in a maximum of 16 hours or 100 kilometres on mountain bikes in 12 hours. They went through Huercal de Almeria, Viator, Pechina, Enix and Felix, as well as going up past the Sierra Alhamilla Baths, crossing the finishing line in Roquetas de Mar’s Los Bajos park.

Mountain biking champion was first-time La Desertica competitor Jose Marquez, who covered the route in a few minutes under four and a half hours. Last year’s fastest women in the mountain biking category, Julieta Escudero, repeated her triumph, with a time of just over five hours, 40 minutes.

The speediest on foot in this, the third edition of the La Desertica, was Jose Luis Martinez. He recorded an impressive six hours, two minutes and fifty three seconds.

The first woman across the line in this category was Mirian Carrasco, in just short of seven hours and 48 minutes.

The Almeria ultra-endurance was organized by the Alfonso XIII Legion Brigade based in Viator with the support of the provincial government and the councils of the municipalities the course went through.