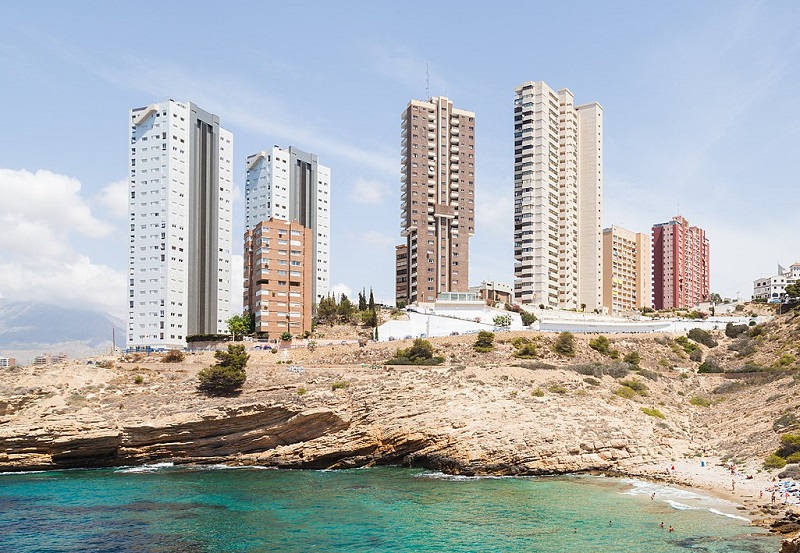 AS IT STANDS: The latest High Ruling says the towers should be pulled down. CREDIT: la.wikepedia.es

THE battle over whether Benidorm’s so-called ‘twin towers’ should be pulled down continues.
The local council has now announced it will appear as an affected party in the legal process underway in the Valencia Community High Court of Justice over the construction of the Gemelos 28 tower blocks in Punta Llisera.
As it stands, there is a demolition order in place for the structures after a change in legislation meant they did not comply with regulations.
Benidorm Mayor Toñi Perez (Popular Party), informed the other political groups represented on the council in a meeting of party spokespersons, the decree due to be ratified at the next local authority plenary meeting.
According to a report from the municipal secretary, at the current stage of the proceedings any party which sees themselves as “materially affected” by a ruling can participate.
The report concludes it is “obvious” that the execution of the judicial resolutions on the matter “notably” affect Benidorm due to the “scope of the action as well as the location of the same”, which is very close to the beach and to Benidorm town.
The council therefore believes it should take part in the proceedings, “although it will be in the name of the person responsible for town planning and environmental authorisations.”
Under the most recent High Court ruling the Gemolos 28 should be pulled down. The court rejected appeals presented by the Valencia Community government, the promoter and by a number of owners.
Spanish press reported that the Supreme Court decision would mean having to demolish the twin tower manually, floor-by-floor, which could result in some of the rubble ending up in the sea and affecting an area of posidonia oceanica Mediterranean seagrass.
A further bone of contention is the cost to the public purse of taking down the towers, put at more than €100 million. On top of that, compensation would have to be paid to 16 owners, which would be the original price paid plus 20 per cent.