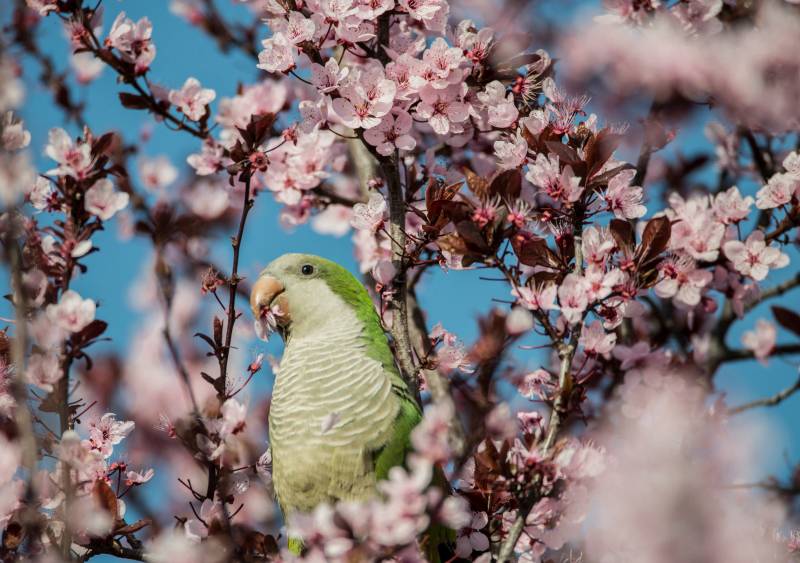 ALL municipalities affected by the plague of Argentinian parrots will soon follow a common policy to deal with them. The Delegation of Environment of the Diputación de Málaga have put forward a common strategy that will bring together the municipalities with experts from the University of Malaga and the Board, with the objective to implement, and possibly finance, the measures agreed upon.

Cristóbal Ortega, deputy responsible for the area emphasizes that there is “a real problem with dirt, noise and the fact that it is an invasive species.”  At the moment, only the removal of nests is authorised, but experts warn that it is counterproductive, because birds are dispersed and move to another location nearby.

Antonio Román Muñoz, from the university, warns that it is necessary to act as soon as possible against the parrots and start reducing the population” and added “They are also disease transmitters, a problem that has not yet been detected in Spain, but which can be serious”

As for the measures, in rural areas like of Benamocarra and Álora, it is suggested eliminating them directly, by shooting, would be the best control of numbers. As for the larger towns and cities, containment of a control group of 30-40 couples to test the removal of eggs at the most appropriate moments of the reproduction cycle, two or three times per year.

“The plan’s effectiveness must be monitored to see how the birds react to this intervention. It is possible that they give up the breeding or continue trying.” Muñoz recommends that “before adopting a measure on such a large scale the results of this test should be studied and its effectiveness measured to optimize expenditure.”