ENGLISH RETAIL COMPANY BONMARCHÉ LIKELY TO BE RESCUED BY PEACOCKS 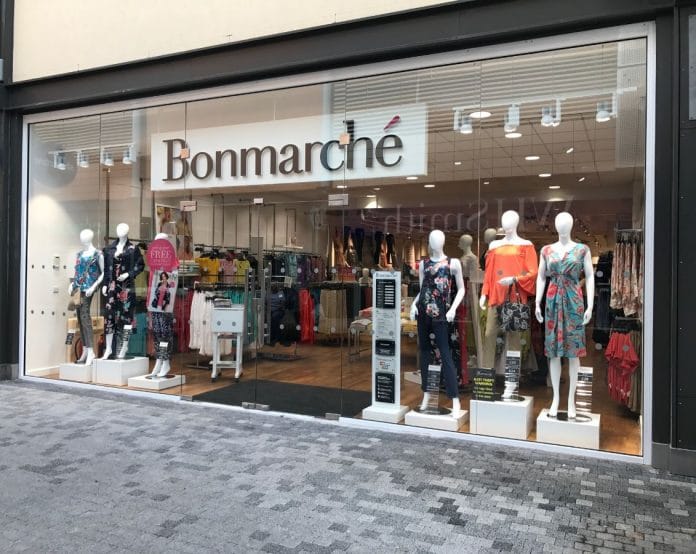 Bonmarché could be rescued by Peacocks after the value fashion retailer was revealed as the preferred bidder.

A total of 30 underperforming and unsustainable Bonmarché stores could be earmarked for closure by December 11, which would result in several redundancies.

The deal, which is subject to further due diligence and negotiations by the bidder with landlords, is regarded as “the best opportunity to maximise returns for creditors and sell the business on a going concern basis”.

Bonmarche collapsed into administration in October, which put around 2900 jobs at risk, and 25 head office and middle management roles were immediately made redundant.

The retailer’s 285 remaining stores will continue to trade, whilst the performance of the business is kept under review.

Bonmarche said the future of the remaining stores remains uncertain and are subject to negotiation between any future purchaser and landlords.

The deal is at an advanced stage the Euro Weekly News understands and we spoke to Chris Peacock for his views of the situation.

Peacocks themselves in the 1940s, the company relocated to Cardiff, where its headquarters remain. The move had a profound effect on the development of the group, whose growing network was concentrated in south Wales and southern England for many years. In the beginning of the 1990s, Peacocks grew further and, in December 1999, the firm was floated on the London Stock Exchange.

Chris and his Father drove the business to massive success before the floatation.

2005 saw a management buyout -In October 2005, a £400 million management buyout led by Richard Kirk was agreed to, supported and arranged by Echelon Capital and supported by Goldman Sachs, and hedge funds including Och-Ziff and Perry Capital that own 55% of the new holding company.

The company unlisted from the exchange on 1 February 2006, again becoming privately owned.

In line with the increased demand for value for money fashion, Peacocks began to provide high fashion women’s wear, men’s wear and children’s wear. High street outlets were revamped and placed together, with a steer towards prime locations.

Although on 16 January 2012, Peacocks confirmed that it planned to enter administration, putting up to 100,000 jobs at risk. Staff and supporters started the “Save Peacocks” campaign on Facebook and Twitter. On 18 January 2012, KPMG was appointed administrators to Peacocks. On 19 January 2012, 250 head office staff were made redundant.

On 22 February 2012, it was announced that Peacocks had been sold to the Edinburgh Woollen Mill Group. EWM purchased the Peacocks brand, 388 outlets, concessions, the headquarters and logistics functions in Wales. 224 outlets were not sold to EWM, resulting in 3,100 immediate job losses. Some branches reopened, and EWM stated plans to open hundreds more in the United Kingdom and abroad at some stage in the future.

Chris Peacock said ” It’s fabulous that our family name strives under the guidance of Phillip Day and his family, I believe he will totally turn around Bonmarche”