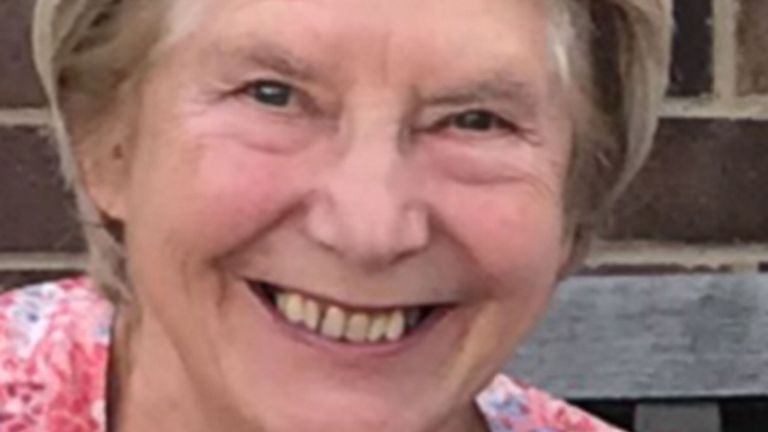 KILLED: 82-year-old Joyce Nainby died after being hit by her lifelong friend's car.

A PENSIONER who accidentally killed a lifelong friend in a parking accident has been given a community order.

Patricia Tulip, 82, caused the death of her friend Joyce Nainby who she had known since grammar school, through “a series of careless errors” as she dropped the woman off at home after a day out together.

Newcastle Crown Court heard that when Tulip pulled up outside Mrs Nainby’s home in Gosforth, England, she got out of the car but failed to secure the handbrake. When the car started to roll backwards, Tulip tried to stop, but pressed on the accelerator instead of the brake.

Mrs Nainby, 80, was struck by the open door of the car and was knocked unconscious, sadly dying of her injuries 10 days later at Newcastle’s Royal Victoria Infirmary hospital.

The court heard Mrs Nainby’s death shattered the lives of her three children and six grandchildren, but particularly her husband Peter, who at the time was suffering with Parkinson’s disease and cancer.

A heart-breaking victim impact statement from the couple’s son Geoffrey said his mother’s death had robbed her of the chance to be by her husband’s side during his last months. He said his dad had struggled to cope with the loss of his “best friend, partner and soulmate”, and kept telling family and nurses that he “just wanted to be with Joyce”.

Tulip admitted causing death by careless driving following the incident and on Tuesday, December 3 she was ordered to 100 hours of community work. She was also banned from driving for three years, but the court heard she had given up her licence immediately after the accident.

“As a result of a series of careless errors by you, your car, very sadly, became the implement responsible for your friend’s tragic death.

“Your culpability is low but the harm you caused has been, and remains, dreadful.

“You have lived 82 years without ever coming to the attention of a police officer, you have been driving for decades. There would be absolutely no purpose in sending you to custody.

“I know you will live with what has happened for the rest of your life.”

In a statement after the hearing, Mrs Nainby’s family said:

“We are pleased that today’s sentence brings an end to what has been an unnecessarily long experience for our family. We never imagined that it would take 15 months to get to where we are today.

The refusal of Mrs Tulip to initially accept any responsibility for her actions on September 18, 2018, has undoubtedly been the cause for the delay. Whilst we accept that the events of that day were a tragic accident caused through Mrs Tulip’s carelessness, every action and decision made by her beyond that date, has been made without any respect or consideration whatsoever for the feelings of our family.”