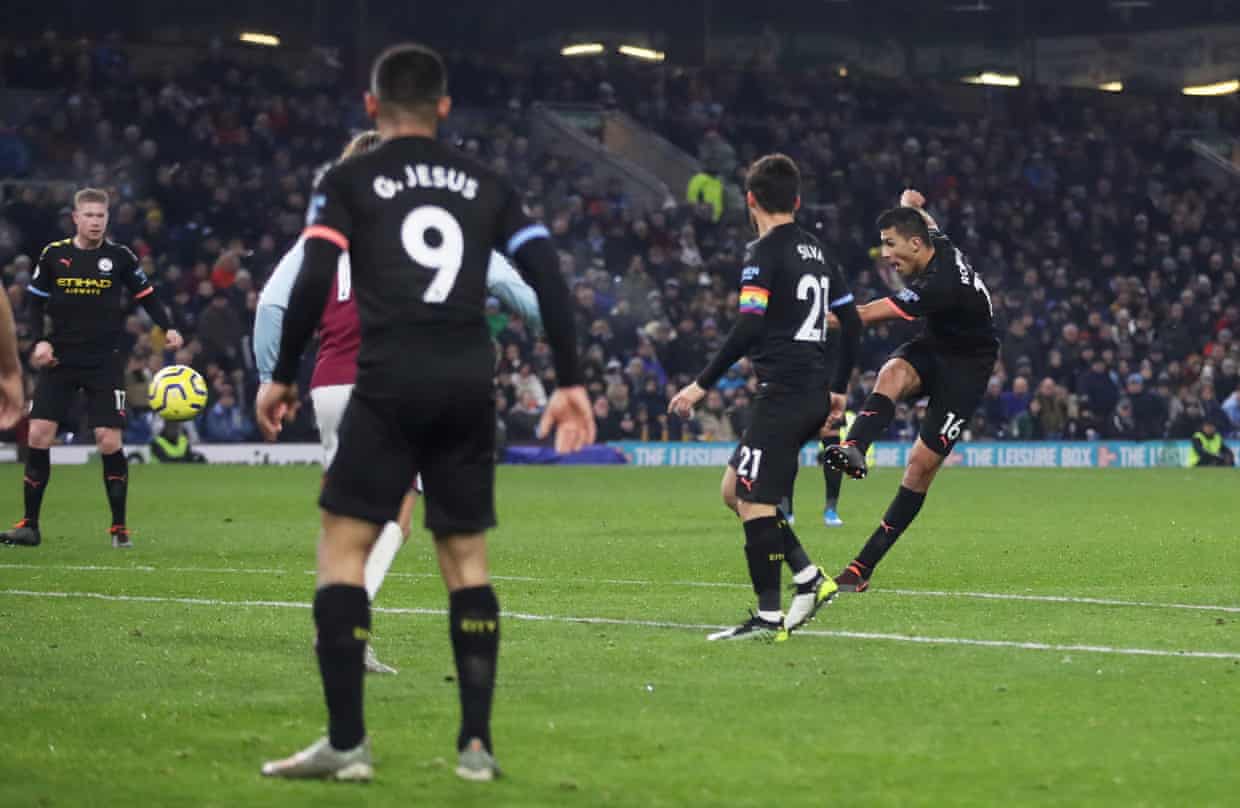 Burnley, in claret and blue, kicked off from left to right. City were in their black change strip.

A shaky start by Burnley saw on 7 minutes Jesus have a goal ruled out. He was offside. It would have been a lovely goal, mind. De Bruyne drove the corner to the edge of the box, where Angelino belted a volley towards goal. It was slightly off target and came to Jesus, who instinctively flicked the ball behind his standing leg and into the net. He was, alas, a long way offside though.

It wasn’t long though until Jesus struck on 24 minutes, Pieters crossed too close to Ederson and City were straight on the counter-attack. Eventually David Silva played a simple ball to Gabriel Jesus on the left wing. He moved into the area, used Bardsley as a screen and bent a glorious rising shot into the far corner. It was a classic finish, and Pope had no chance.

Burnley though simply hanged on to half time as they were being totally outplayed by an obvious City side regathering form.

Second half and nothing got better for Burnley as 5 minutes into the second half saw another fine goal from Gabriel Jesus gives City a deserved two-goal lead. They moved the ball around for ages before Bernardo Silva, on the right, whipped an inswinging cross towards the far post. Jesus got in front of Bardsley, six yards from goal, and adjusted his body smartly to slam a volley into the net via the post.

68th minute it was a case of “pick that out” as Rodri made it 3-0 with a thumping finish. David Silva had a shot blocked by a Burnley defender, with the ball rebounding to Rodri just outside the D. He waited for it to sit up before cutting across a vicious first-time shot that beat Pope and flew into the top of the net.

Whilst cruising at 0-3 Riyad Mahrez hadn’t settled for that. He beat  Mee on the 87th minute with a step over on the edge of the area and drove a low right-footed shot into the bottom corner. It was another excellent goal.

No clean sheet for City though when The ball ricocheted around the area and fell kindly for Robbie Brady, who slams it past the outrushing Ederson.

City produced a portfolio of quality football in this game coming out 1-4 winners.