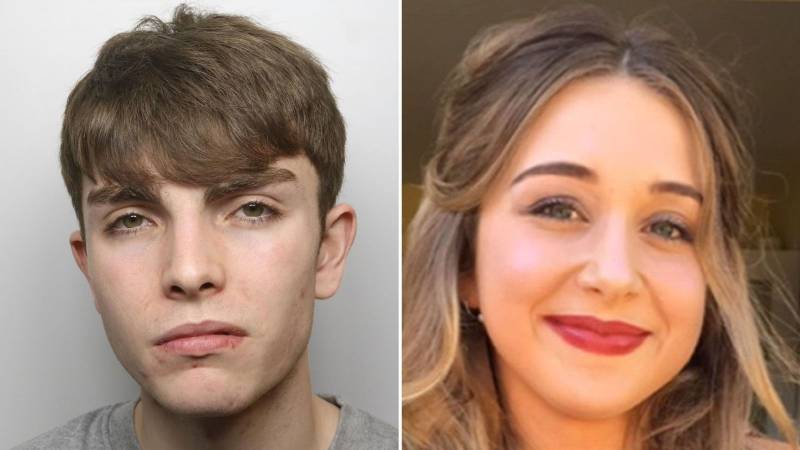 Thomas Griffiths was sentenced to 12 years and six months, after he admitted the murder of Ellie Gould. Credit: Wiltshire Police/Family Handout

A TEENAGER who murdered his former girlfriend will not have his prison term increased after the victim’s family claimed there was “no justice in his 12-and-a-half year sentence.”

Thomas Griffiths stabbed 17-year-old Ellie Gould to death at her home in Wiltshire, England, before attempting to cover his tracks by making it appear as if she had taken her own life.

In November he was sentenced to life in prison with a minimum term of 12 years and six months, after he admitted the killing. Devastated and angry at the jail term, Ellie’s parents launched a campaign for Griffiths’ sentence to be reviewed. However despite their outcry, the Attorney General has said the term handed to the teenager was not an unduly lenient punishment. A spokeswoman said:

“After careful consideration the Attorney General has concluded that he could not refer this case to the Court of Appeal.

“A referral under the Unduly Lenient Sentence scheme to the Court of Appeal can only be made if a sentence is not just lenient but unduly so, such that the sentencing judge made a gross error or imposed a sentence outside the range of sentences reasonably available in the circumstances of the offence.

“The threshold is a high one, and the test was not met in this case.”

Ellie was killed by Griffiths after being strangled then stabbed at least 13 times. He then placed the knife in her left hand, to give the impression she had killed herself, before leaving the house and returning to school.

He immediately began to cover up his murder, sending messages to Ellie’s friends claiming he could not reach her and asking for help from a school matron. He later dumped a bag of blood stained clothes in the woods.

Ellie’s father discovered her body in a pool of blood on the kitchen floor at their family home when he returned from work at 3pm.

As Euro Weekly News understands, at Griffiths’ trial, his lawyers initially told the court that Ellie had been “presented with a series of stressful life events,” which included family illnesses and exam worries, alluding that her death was a suicide. However, after his admittance of murder, he was sentenced to life with a minimum term.

Talking about Griffith’s sentence in a BBC interview after the trial, Ellie’s mother said the family were devastated when the sentence was passed down and feel completely let down by the British justice system. She added that it doesn’t seem right that a young girl can be sitting at home studying and be brutally murdered and the killer only receives a punishment of 12-and-a-half-years.

Following the unsuccessful appeal, the Gould family released a statement to express their disappointment in the British justice system, which had let them and the nation down. They said:

“When the Attorney General quotes in his letter to us that Griffiths’ crime not only shocked him, but also the nation, yet doesn’t feel it is appropriate to refer it to the Court of Appeal to have the lenient sentence reviewed, there is something very wrong with criminal justice in Britain today.

“All we can do as a family is fight Griffiths’ parole when the time comes, to keep such a dangerous individual off Britain’s streets and keep the public safe.”