UK NEWS: Race To The Finishing Line Is On In General Election With Gaffs From Both Sides In Last 48 Hours 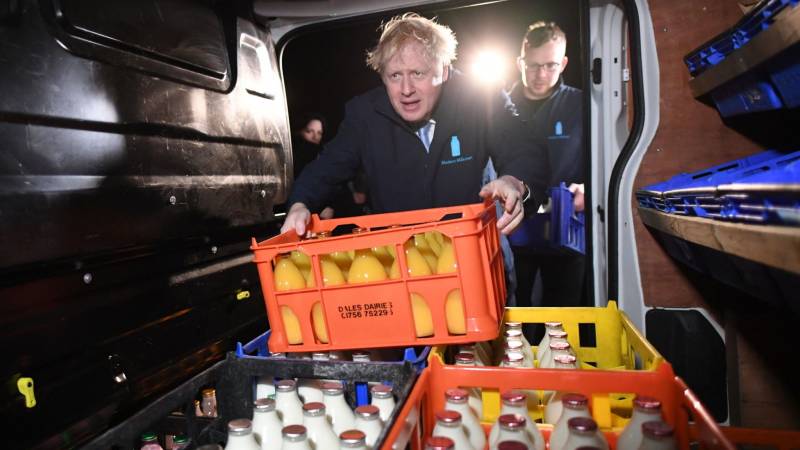 Boris Johnson and Jeremy Corbyn are coming to the end five weeks of heavy general election campaigning battling over Brexit and the National health service topics as priority.

It’s  sprint to the finishing line, as prime minister Johnson is hammering home his “Get Brexit Done” message, while Corbyn is claiming the future of the NHS is at stake claiming it will be likely sold off by the Tories.

With opinion polls of this election campaign suggesting Mr Johnson and his Tories are on course for a win at the finishing line, Mr Corbyn’s tactics seem to be appealing to undecided voters vote for a Labour government.

With the campaign battle now at it’s height, which started on the 6 November,  the last 48 hours saw both main parties suffering their most damaging setbacks of the election campaign.

Boris was slammed for his reaction to a four-year-old boy with suspected pneumonia sleeping on a hospital floor in England.

Meanwhile on the other side of the fence But then, a huge embarrassment for Labour struck as shadow health secretary Jonathan Ashworth was secretly recorded claiming Labour’s election chances were “dire” because voters “can’t stand Corbyn”.

Big gaffs for both sides.

After a heavy campaigning day in which he drove a bulldozer at a fake wall to show he aims to smash the Brexit gridlock, Boris starts the final day of his campaign on a milk round in Yorkshire, attempting to show he can deliver!

1. Get Brexit Done by 31 January 2020
2. Invest record sums in our NHS, with 50,000 more nurses and 40 new hospitals.
3. 20,000 more police and tougher sentences.
4. An Australian-style points-based immigration system.
5.Investment in science, education, infrastructure and action to reach net-zero carbon. emissions by 2050
6. All without raising the rate of income tax, VAT or National Insurance

Mr Johnson says as he races to the finishing line: “Whilst my six pledges to the people start with getting Brexit done, they don’t end there.

“We want to invest in the NHS, crack down on crime, tackle climate change and keep taxes low – our priorities are your priorities.

“But Brexit is the key to unlocking this action – because unless we get out of this quicksand of a Brexit argument, our future as a country remains uncertain.

“Tomorrow at the ballot box you have the opportunity to tell politicians that you want Brexit done.

“We have one more day. Make sure you have your voice heard.”

Jeremy Corbyn though will retaliate today at a Labour rally in the North Of England with his final call to vote for labour.