Top News:Young mother fights for life after she was beaten and stabbed in her home 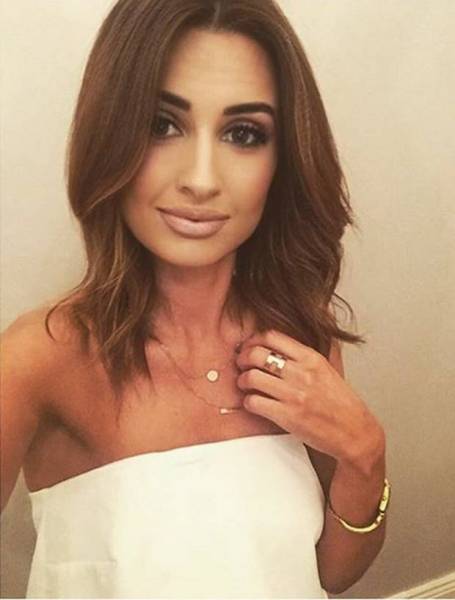 Nadine Lott remains in a critical condition in hospital

A woman remains in a critical condition in hospital after being stabbed and beaten in her own home by a man known to her. Mother-of-one Nadine Lott (30) suffered life-threatening injuries during the horror attack in Wicklow in the early hours of Saturday morning. Ms Lott had returned to her home at St Mary’s Court, Arklow, Ireland in the early hours of the morning when she was attacked while her daughter was inside the apartment.

The Gardaí (police service of the Republic of Ireland) believe she was stabbed a number of times and physically assaulted before the suspect fled the scene. A car was discovered some hours later around 35km away near Laragh, Co Wicklow. Following a search the suspect was found and brought to hospital for injuries suffered during the crash. He was treated for a broken nose but later discharged and arrested. The 32-year-old, who is originally from the Clondalkin area of Dublin, is well-known to the victim. He has previously been arrested for public order incidents going back several years and was last night being held at Wicklow garda station under Section 4 of the Criminal Justice Act.

A source close to the victim said: “Nadine is a lovely girl who comes from a great family. [The suspect] has been causing trouble recently but no one expected it to come to this. “They are known to each other and Gardaí are dealing with an extremely serious and unprovoked assault.” Ms Lott’s six-year-old child was also in the apartment at the time of the horror attack but was not physically harmed. Her family has kept a bed-side vigil at St Vincent’s Hospital where she is being treated for her injuries.

One neighbour described how she entered Ms Lott’s apartment after hearing a commotion and discovered her attacker standing over her as she lay unconscious and covered in blood. Amela Kulenovic also said she took Ms Lott’s young daughter from the apartment to safety after realising what had happened.

“When I went in I saw the blood and I panicked. “Nadine was on the sitting room floor and [her child] was in the sitting room too. “All I could think of was how I was going to get her out of there safely,” she said. “He was still there standing in the sitting room but he didn’t say anything. He was just grunting and moaning. “When I saw Nadine lying there and the blood I just panicked and started shouting”.

After the alarm was raised a massive search operation was launched involving Gardaí and the RNLI. At around 8am it was stood down after the car was discovered by a passer-by near Laragh who notified Gardaí. Over the weekend, investigators have been carrying out examinations of the scene of the serious assault as well as Ms Lott’s car, which was parked near a pub in Arklow she had visited that night. As part of their inquiries they are trying to piece together events leading up to the assault of Ms Lott. Detectives are following a definite line of inquiry in relation to the incident.