English News: Husband And Wife Jailed For Vicious Attack Over A Lump Of Cheese! 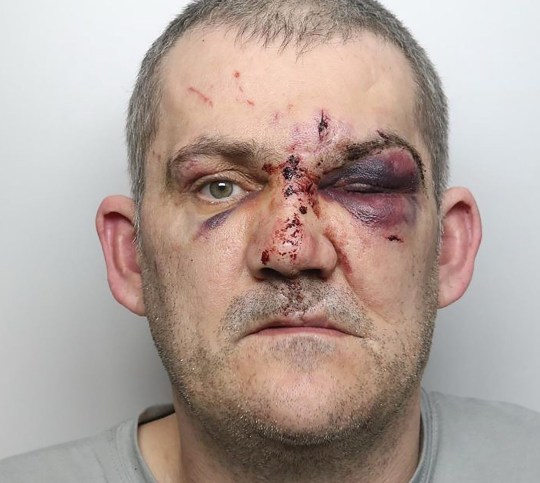 A couple who left a man facing the prospect of going blind in one eye simply over a row about some cheese have both been jailed and will spend Christmas behind a cell door.

Paul Ryder, 62, was accused of stealing a block of cheese belonging to the unnamed victim, 34, at their sheltered accommodation for the homeless in Derbyshire England.

As a result he contacted pals Michelle and Gary Thorpe, 41 and 47, to come round to help him confront the victim.

Michelle Thorpe stamped on the victim’s head so hard that he had an imprint of the sole of her boot in his face while Gary left him ‘dripping in blood’, Derby Crown Court was told.

The Thorpes got handed jail sentences for 16 months for their part in the attack while Ryder was given a suspended prison sentence.

Judge Shaun Smith slammed all three of those charged and said to one of their barristers Tom Heath: ‘This was all over a piece of cheese?’ Mr Heath replied: “Yes, and there is no getting over that.”

Judge Smith sitting at the Derbyshire court in England said: “I have been involved in a number of cases over the years where an argument which started over such a trivial matter ended up with someone being killed.”

“You, Michelle Thorpe, got stuck in with your feet and stamped on him so hard that the imprint of your shoe was on his face.” the court judge further said.

Prosecutor Abigail Joyce told the court the attack happened on March 16, 2018, and the Thorpes had been drinking lots of alcohol in the run-up to the attack.

Miss Joyce told the court:” Ryder said to them over the phone, “he’s here now, I will let you in” which he did. ‘They then assaulted him, grabbing him and pulling him into another resident’s room”

The victim was beaten viciously and has he lay on the floor boots and punches pummelled into his body especially targeting his head.

When the attacking pair stopped to catch breath the victim dragged himself from the floor and escaped out a window before knocking on a neighbours door to request assistance and the police and emergency services were called to the scene.

David Webster the lawyer, representing the Thorpes, said “Michelle is a mother-of-three with alcohol issues. Gary, he said ‘should not have got himself involved in someone else’s argument’. He added: ‘He took up arms on behalf of Mr Ryder and now faces the prospect of spending the festive period behind bars.”