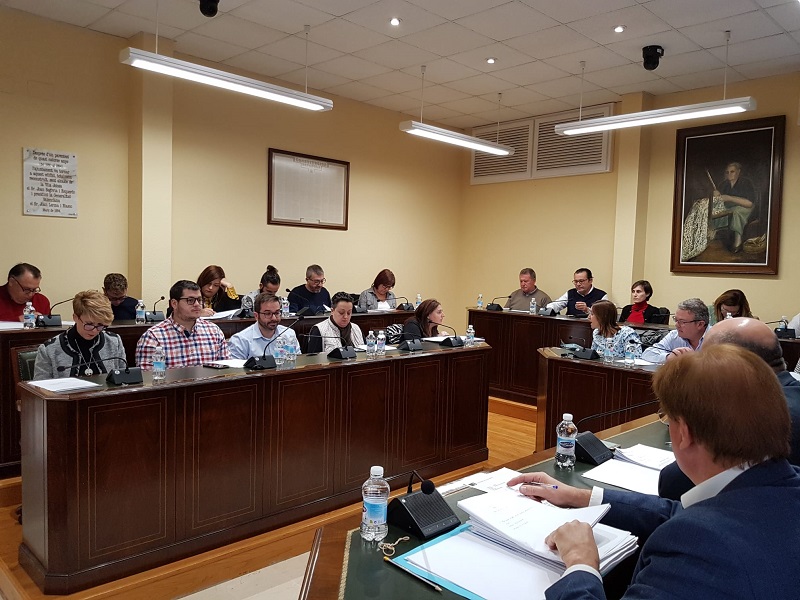 GO-AHEAD: The proposal was approved with the abstention of the Popular Party and Ciudadanos. CREDIT: Ayuntamiento de Villajoyosa

VILLAJOYOSA council has given the green light to the project to improve access to the port from the old CN-332.
The proposal was one of the main issues debated at the last plenary meeting of the year, and was approved with the abstention of the Popular Party and Ciudadanos.
It was the same story on the proposal to approve an extra-judicial credit recognition for a total amount of €10,578.66 in relation to the budgeted programmes for Equality, Municipal Museum, Sports Installations, Building Conservation and Rehabilitation and Culture. The proposal, which covers payment for invoices received outside the corresponding year, is going ahead with the support of the government team. PP and Ciudadanos abstained.
Another issue on the meeting agenda were a motion to urge the national government to change the regulation which will close civil registries in small and medium-sized towns. This proposal was supported by all political groups.
Also, studying the viability of and finding financing for installing a lift on the municipal plot in the Palasiet area to connect the central beach with the town to make access easier for people with reduced mobility. This idea too got votes in favour all round.
The request to include in the 2020 budget the construction of a multi-purpose building in the Cala de Villajoyosa, which would include the administration extension, the Local Police station, a leisure area for residents and the medical centre did not go forward. It was supported by the PP and Ciudadanos, but not by the government team.
They argued there are other “formulas” for making this project a reality, and that other investments already approved at plenary meetings should take priority, among them the language school.
Also failing to get approval was the proposal to create a social media manager for the tourism department. The government team argued there were other more important posts.
What was approved by all parties was the request for toilets on the central beach, one between the Sant Pere promenade and the Arsenal, and another in the Basseta l’Oli.