FLY SAFE: The secret to avoiding illness on a plane 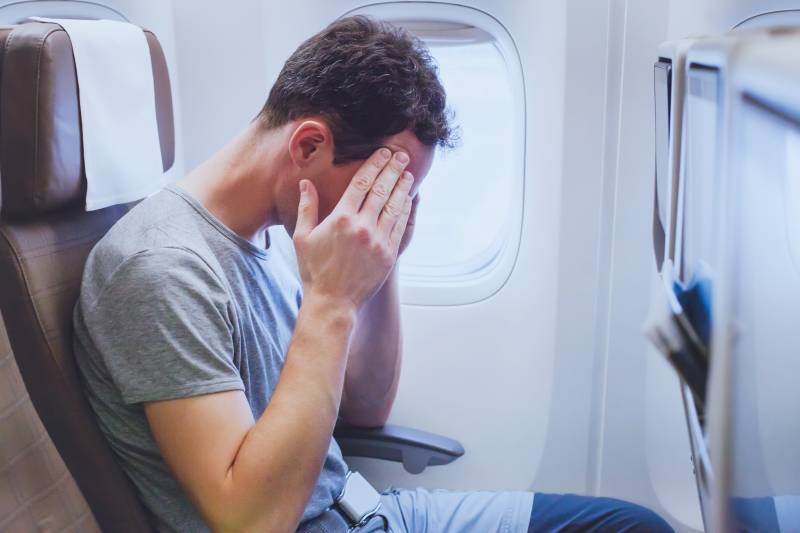 UNWANTED: Passengers frequently get ill on a plane

The worst and most unwelcome souvenir to bring back home is a cold or a flu. And one of the most common places to catch a chill is on an aeroplane. Planes put a big group of people in close proximity, creating a breeding ground for bacterium and viruses.

However, getting a flight doesn’t mean an assured bout of illness. There are certain tips that can help reduce the chances of catching other travellers’ ailments.

Viruses spread on planes because of the low humidity and air conditioning. Sitting by a window reduces contact with people in the aisle. Passengers should also adjust their air conditioning in the vents above the seat to blow germs away.

It may seem pointless, but wiping down the seat before sitting down can also minimise the chances of illness. Disinfectant wet wipes or spray will do the job quickly and effectively and cleaning should be focused on the tray, armrests and seatbelt.

Plenty of water to keep hydrated will also contribute to keeping in top shape. Finally, the golden rule that everyone should try to follow is to not sit near the toilets, as they are the busiest part of the cabin with the biggest germ concentration.

Dr Craig Ranson from the English Institute of Sport, spoke about these measures that apply both to travelling athletes as well as the general public. He indicated that the illness prevention campaign has proved effective so far, with 40 per cent less illnesses among their ranks.

The most common illnesses that spread among people sitting in close quarters include colds, chest infections and bugs like the norovirus. They are spread through condensation in people’s breath, which is expelled when they talk or cough. These harmful microorganisms can survive on hands or on hard surfaces and potentially infect healthy individuals.

A study conducted in Canada compared illness transmission rates between people on flights and average commuters. The investigation led researchers to find that transmission was 23 times more likely on a plane than on public transport, being the lack of fresh air one of the main culprits.