COSTA DEL SOL NEWS: Los Arcos windfarm connected to grid and will save 66,500 tons of CO2 emissions a year 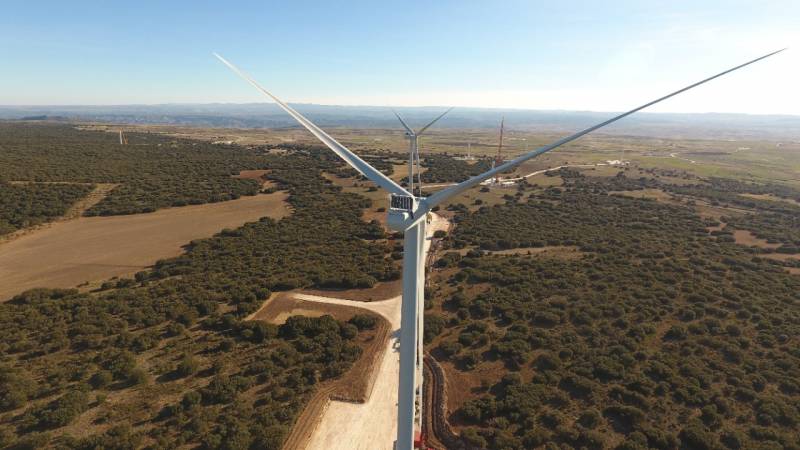 Wind will be an important part of the power mix in Spain. Credit: Enel Green Power España.

MALAGA’S latest windfarm has been connected to the electricity grid after an investment of €35 million.

The Los Arcos wind farm, which has 10 wind turbines rated at 3.5 megawatts each, has the capacity to generate more than 100 gigawatt-hours per year

With the connection of this wind farm, electricity company Endesa’s subsidiary Enel Green Power España (EGPE) has completed all the power projects awarded to the company in the 2017 government auctions. It obtained 540 megawatts of wind power and 339 solar sites, with a total investment of more than €800 million. The new facilities will generate a total of around 1,750 GWh a year.

According to the company, the new farm willl prevent the annual emission of approximately 66,500 tons of carbon dioxide into the atmosphere.

Green Power has 12 wind power plants in Andalusia: five in the province of Cadiz (four in Tarifa and one in Vejer), another five in Malaga (two in Campillos, one between Campillos and Teba, one in Almargen and another in Sierra de Yeguas), one in Almeria (Enix) and another in Granada (Padul).

“Endesa’s renewable investments are boosting the energy transition in Spain,” said José Bogas, Endesa’s CEO. “Over 900 MW of new renewable plants are fully up and running across the country, following Endesa’s awarding in 2017 auctions, testament to the company’s strong commitment to our common objectives on renewables, as shared with the Government.”

EGPE uses a range of innovative tools and techniques to build these wind farms, such as drones for topographic surveys, smart tracking of turbine components, advanced digital platforms and software solutions to remotely monitor and support the operations and commissioning of the facility. These tools and solutions allow the quick gathering of accurate and reliable data on construction activities, enhancing overall construction quality and facilitating communication between teams both on-site and off-site.

The construction of Los Arcos is based on Enel Green Power’s “Sustainable Construction Site” model, including the installation of solar photovoltaic panels at each site to cover part of their energy requirements. Water-saving measures are also being implemented by installing water tanks and rainwater collection systems. Both the photovoltaic panels and the water-saving equipment will be donated to the towns where the projects are located for public usage.

During the construction phase, jobs for over 100 people were generated. Furthermore, to promote job creation among local people in the area, starting from September EGPE is carrying out training on operation and maintenance activities for wind and photovoltaic plants. EGPE will distribute information to residents around the area on those social actions to be carried out alongside construction works.

In the 2017 renewables auction framework, EGPE was also awarded 339 MW of solar production capacity at the government’s third auction in July 2017 for Extremadura and Murcia. The construction of wind (540 MW) and solar (339 MW) involved an investment of over €800 million. This new solar and wind capacity has increased Endesa’s current renewable energy capacity by 52.4 per cent.