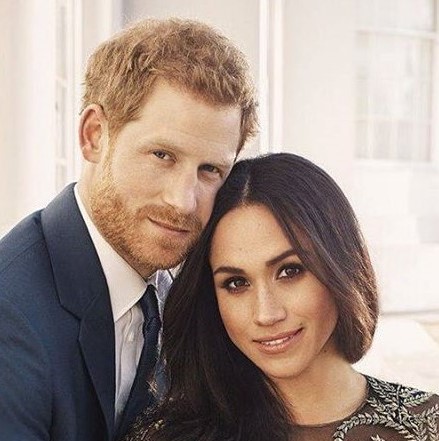 JUST moments after announcing they’d be stepping back as senior royals, Harry and Meghan have launched a new website outlining their ‘progressive new role’ within the monarchy.

As Euro Weekly News confirms, the slick new website www.sussexroyal.com outlines the Duke and Duchess of Sussex’s ‘new working model’ explaining how they intend to go forward after their shock announcement on Wednesday.

According to the website “Sussexroyal.com” was created as a source of “factual information” regarding the work streams of The Duke and Duchess of Sussex offering key information about the Dukes commitment to: Community, The Monarchy, and The Commonwealth, as well as answers to many questions including Funding and Media.

The website offers a “Personal message from The Duke And Dutchess” which informs of their reasons behind their decision to step back as “senior” members of the Royal Family, where they state they feel “prepared” to make the adjustment adding:

“This geographic balance will enable us to raise our son with an appreciation for the royal tradition into which he was born, while also providing our family with the space to focus on the next chapter, including the launch of our new charitable entity. We look forward to sharing the full details of this exciting next step in due course, as we continue to collaborate with Her Majesty The Queen, The Prince of Wales, The Duke of Cambridge, and all relevant parties. Until then, please accept our deepest thanks for your continued support.”

– Their Royal Highnesses, The Duke and Duchess of Sussex

The “Funding” section of the website goes into more detail of their current situation and how they hope to transition into a “future financial autonomy.”

The section explains how currently the Duke and Duchess of Sussex are prohibited from earning any income in any form.

By becoming financially independent, they do not pan to cut ties with the monarchy and will “remain dedicated to maximising Her Majesty’s legacy both in the UK and throughout the Commonwealth.” They will continue to proudly do so by “supporting their patronages and carrying out works for The Monarchy within the UK or abroad, as called upon.”

The Duke and Duchess of Sussex hope to maintain their residence at Frogmore Cottage “with the permission of Her Majesty The Queen” and so that their family will always have “a place to call home in the United Kingdom.”

The website also highlights how all travel arrangements undertaken by The Duke and Duchess in their private time have always been and will continue to be paid for privately and not by UK taxpayers.

However, tax payers will still be expected to pay for their security. Referring to armed security by the Metropolitan Police mandated by the Home Office, the site said: ‘The Duke and Duchess of Sussex are classified as internationally protected people which mandates this level of security.’

The website took a swipe at media outlets for ‘twisting’ stories from Royal correspondents and suggested their new media policy will take a tougher stance on inaccurate reporting and invasions into their privacy.

The website said: “Regrettably, stories that may have been filed accurately by royal correspondents are also often edited or rewritten by media editorial teams to present false impressions.’” Adding: ‘Their Royal Highnesses recognise that their roles as members of the Royal Family are subject to interest, and they welcome accurate and honest media reporting, as well as being held to account if appropriate. Equally, like every member of society, they also value privacy as individuals and as a family.”