Aussie Toddlers Overwhelmed by Seeing Rain For The First Time 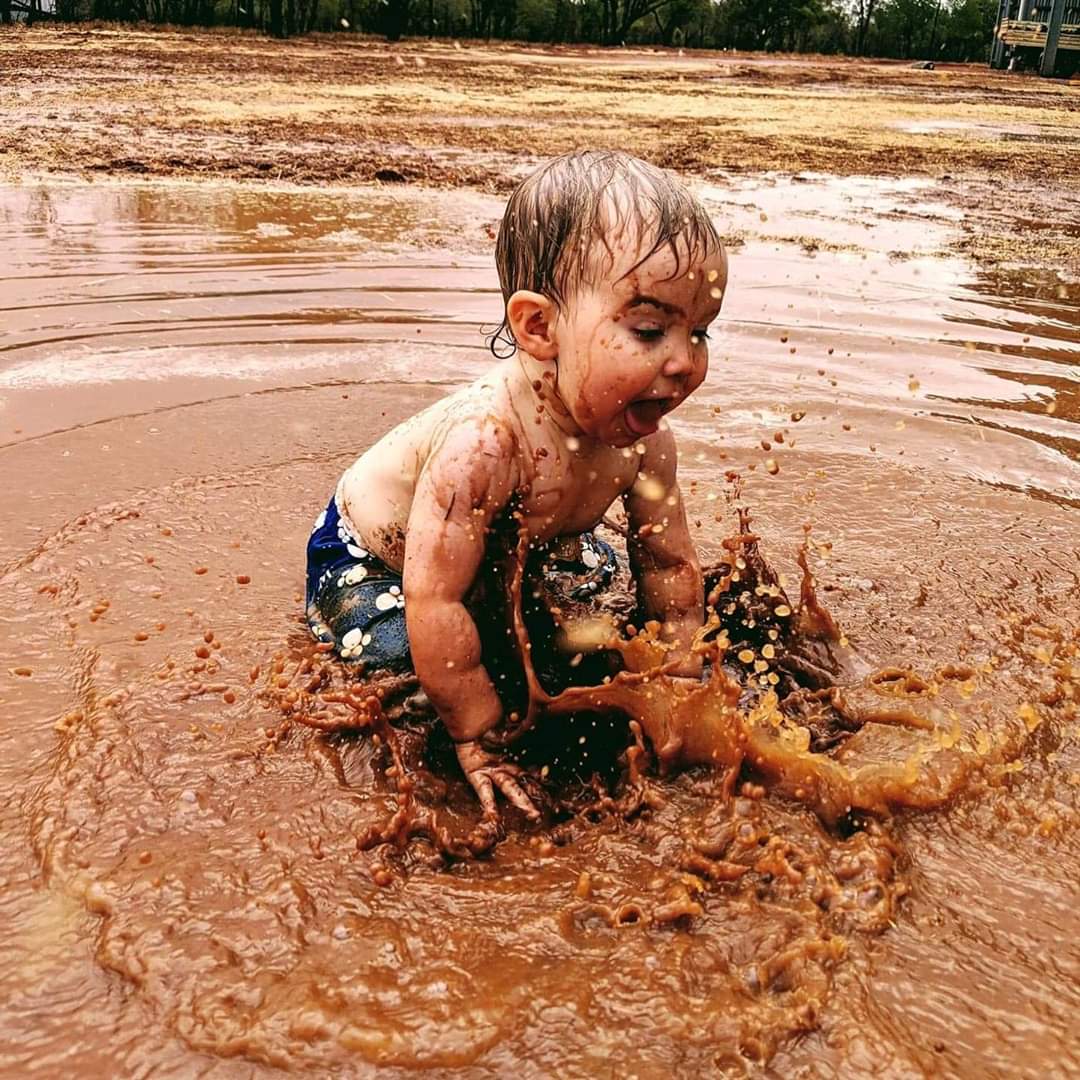 Parents in Australia have been capturing the moments of their children experiencing rain for the first time in their lives.

Most people wouldn’t bat an eye if they saw some rainfall, however some toddlers of Australia have only just witnessed it for the first time. Whilst this may seem strange to most, it highlights the extreme drought that Australia has been facing over the years.

The clouds have finally started to deliver some well needed precipitation to the nation, with Victoria and New South Wales receiving the ‘rain bomb.’ Meanwhile, Sky News report that over a months worth of rain fell over Melbourne last night.

Emma Sewell, captured fantastic images of her daughter Lacey, as she exploded with excitement during a rain storm at their home in Mallawa Station, Queensland. Mother Sewell said her family’s property received 12mm over the weekend, and another 9mm on Monday.

“She has seen light spitting before but this is the first time that it has rained heavy enough for her to be able to really appreciate it – feeling the raindrops fall on her head and being able to play in puddles and mud.”

WATCH: Heavy rain is bringing relief to drought-stricken communities, and this 18-month-old boy couldn't contain his excitement at seeing it for the first time. #9News

18-month-old Sunni was filmed frolicking in the fresh puddles by his mother, Tiffany McKenzie. They also were lucky to have some downpour at their farm in Scone, New South Wales Hunter Region.

Wow!’ Sunni shouted, as he joyfully made his way around the land, throwing his arms victoriously in the air – experiencing rain for the first time in his young life.

“He loves playing with the hose, but with we’re on tank water so i don’t let him do it very often,” Mckenzie told Daily Mail Australia.

“But when the rain came we raced outside to move the plants out and he just kept walking out to the rain and just stood in it. He hasn’t had the chance to do this before. Needless to say, he enjoyed it.”

The gleeful images come after the Bureau of Meteorology discovered that 2019 has been the hottest and driest year recorded in Australia. The New South Wales State Emergency Service, has pre warned that the thunderstorms set to arrive at the nation have the ability to create new risks, with firefighters still tackling 88 bushfires in NSW. The rain helped to extinguish 32 bushfires, also in NSW.

Abrar Shabren from Bureau of Meteorology has stated that rain is likely to span across most of NSW. The Blue Mountains suburb of Faulconbridge recorded the state’s highest rainfall in the past 24 hours with 45mm.