Husband & Wife of 65 Years Both Die On Same Day 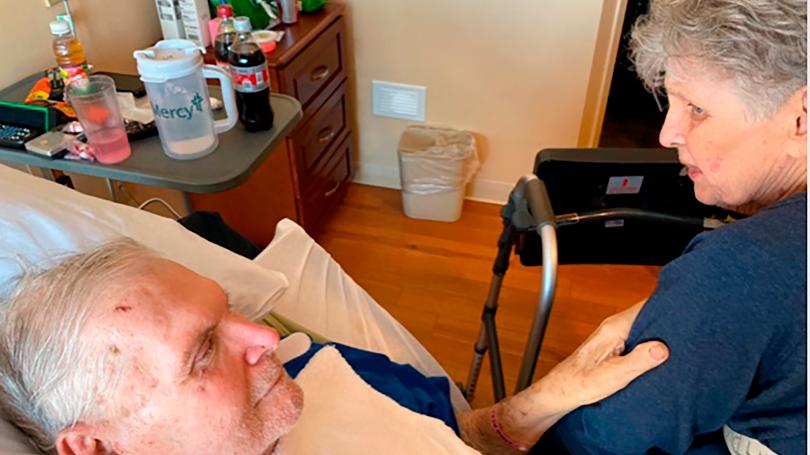 A couple from Missouri who had been married for nearly 65 years, have both died within hours of each other.

Jack and Harriet Morrison, were said to have not once separated during their marriage. In a nursing home in Arnold, Missouri, the couple held hands and both passed away within hours of eachother.

Jack, 86, died at 3:34am and Harriet, 83, died at 11:53pm. Staff of the nursing home reportedly placed their beds next to each other, allowing them to hold hands.

Sue Wagener, a niece raised by the couple, told the St Louis Dispatch, “I’m sad. But I know they’re at peace and they’re back together. It truly was a love story for the books.”

The couples first date was in 1955, in a diner on Halloween. They “never separated from that day on” said Wagener.

Wagener was raised alongside their two sons – after they married in May 1956. They went on to run and V-K Bus lines. The couples interests included being active Moolahn Shriners, where they traveled to the likes of Europe and Australia on Shrine-Related trips. Fellow Shriner Wayne Price said: “You didn’t see Jack unless you saw Harriet.”

Unfortunately, about a year ago, Harriet fell while walking their dog, breaking her pelvis and hip. In addition, she had dementia and was moved to The Woodlands of Arnold nursing home and rehabilitation centre. Jack later fell and broke his neck, so he was also moved into the home, four doors down from his wife. The couple would reportedly take naps together while regularly holding hands.

On Christmas Eve, Jack was told that Harriet had stopped eating and drinking. After receiving the news, he too barely ate or drank. Staff at the home decided to move furniture – to allow them to be next to eachother in the final moments.

The couple were buried next to each other and their son, John J Morrison III, who died of pancreatic cancer in 2007. Jack and Harriet are survived by their other son, James Morrison, and their grandchildren.