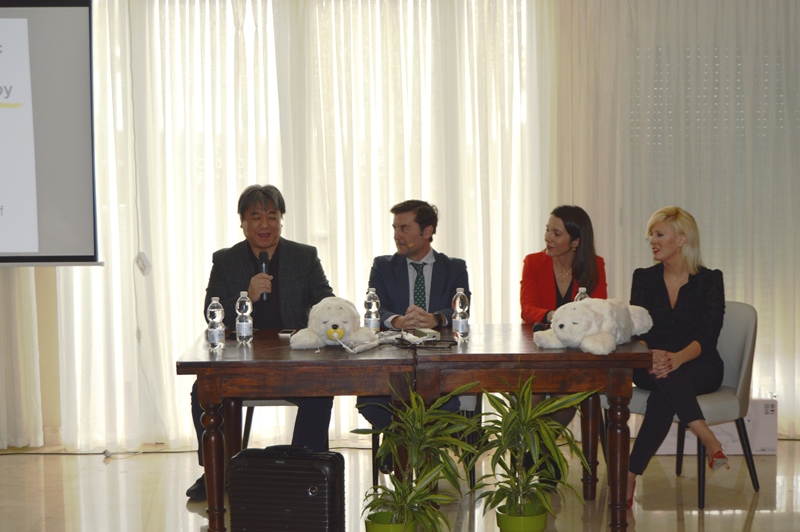 JAPAN has an aging population which as in many countries around the world is only likely to grow and because of this the Japanese government has encouraged research into methods of helping older people, especially if suffering from dementia related problems.

In 1993, Japanese engineer Takanori Shibata (Chief Senior Research Scientist, National Institute of Advanced Industrial Science and Technology (AIST), Japan) started experiments in producing a robot with Artificial Intelligence which would help those with both dementia and autism using the concept of an animal as the form the robot should take.

His natural inclination was to produce a cat or a dog but soon discovered that people had too high an expectation of how it would behave and chose instead a baby seal based on images of seals he had seen in Canada.

Thus PARO or NUKA as it is called in Spain was born and over the years it has grown from a concept to a genuine aid which has currently seen sales of 6,000 units in 30 countries and NUKA has now arrived on the Costa del Sol.

Having passed clinical trials in Japan, the USA and most of Europe it has been found to have a very beneficial effect upon those who are anxious, tongue tied, forgetful or aggressive due to dementia and now the CK La Quinta Medical Centre in San Pedro Alcantara, easily reached from Marbella centre will be offering therapy using their very own NUKA robot.

The Centre which offers long term care and short term/respite hosted a presentation of NUKA undertaken by Takanori Shibata and the C.E.O. of Asturhealth which distributes NUKA in Spain, Rafael Martínez Permuy explaining the history of the robot and its therapeutic value.

The little white furry creature is the size of the average pet cat or dog and responds to human contact by moving its head and flippers and making a gentle noise similar to that of a seal pup when it is happy.

Tests show that it does help in a large number of different cases and even assists in medical areas such as Parkinson’s, chemotherapy nausea, loss of speech and much more.

In Japan, many elderly people have purchased their own and treat them as pets which do not need exercise, toilet training or feeding but react well to being stroked and their fur does not attract bacteria.

The majority of NUKAS in Europe are purchased by institutions, care homes and even hospitals and the price for a single unit which has an expected life of 10 years is in the region of €5,000.

To find out more about the services offered by CK La Quinta which caters for expatriates and has many English speaking staff visit their website https://cklaquinta.com.