LISTEN TO AUDIO OF 3,000-year-old Egyptian Mummy Who Has Voice Recreated With 3D-Printed Vocal Tract 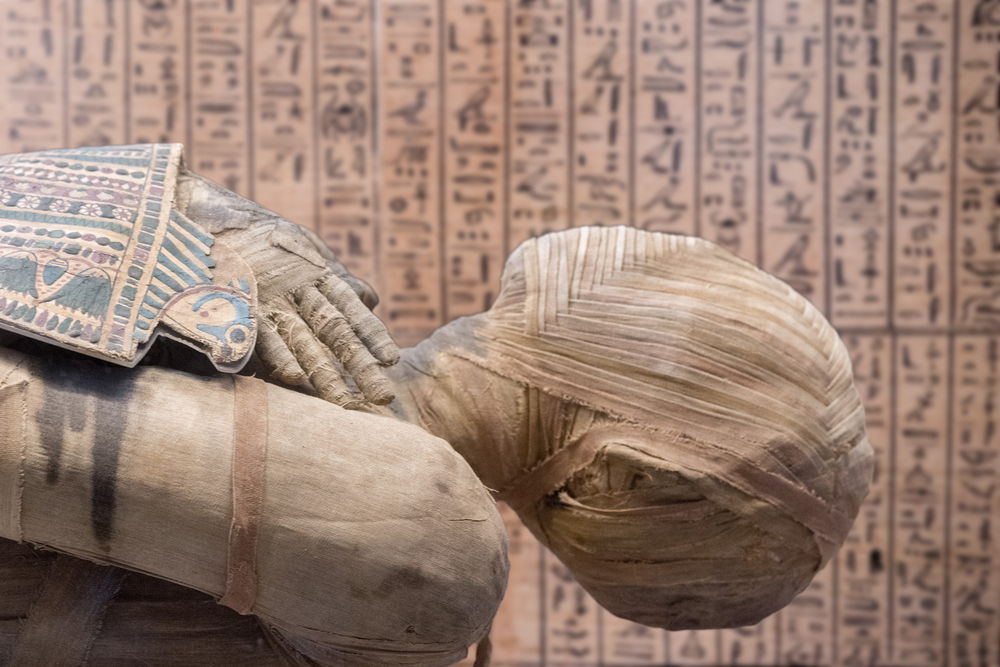 Scientists have recreated the voice of an Egyptian priest that died around 3,000 years ago

Academics at Royal Holloway, University of London, University of York and Leeds Museum scanned the mummy of Nesyamum, 3D printed his vocal tract then played soundwaves through it. pic.twitter.com/JVe9Yq77iH

A new study, published in the journal Scientific Reports on Wednesday, details the creation of a 3D-printed vocal tract from state-of-the-art CT scans of Nesyamun’s body.

The study has been undertaken by a collaboration of UK and German scientists who have used incredibly accurate scans to visualize the larynx – or “voice box” – and throat of Nesyamun on a computer.

Nesyamum was a priest who practised under Egyptian pharaoh Ramses XI. His body is so exquisitely preserved, he has been the subject of many investigations by scientists and researchers since arriving at Leeds Museum in 1823.

The well preserved mummy has allowed the group of scientists to create the 3D model of the ancient priest’s vocal tract and place it over a loudspeaker that mimics the sound a human larynx can produce.

“We hear a vowel-like sound that would come from Nesyamun’s mouth if his mouth were in its current position and he were alive,” said David Howard, an electronic engineer at Royal Holloway University of London and first author on the paper.

The vocal sound falls between the vowels in the English words “bed” and “bad,” according to the paper. Stressing that the recreation is one vocal sound for a single vowel – it hasn’t re-created running speech for Nesyamun. Explaining that “vowels in different languages can be different, and his tongue has lost some of its bulk over the years, but the sound is accurate for his extant vocal tract shape,” Howard notes.

The mummified body was discovered with its mouth open, which is usual for mummification processes, and parts of the mouth are missing.

The team suggest the innovative way of reconstructing vocal sounds has “implications for the way in which the past is presented to the public.”