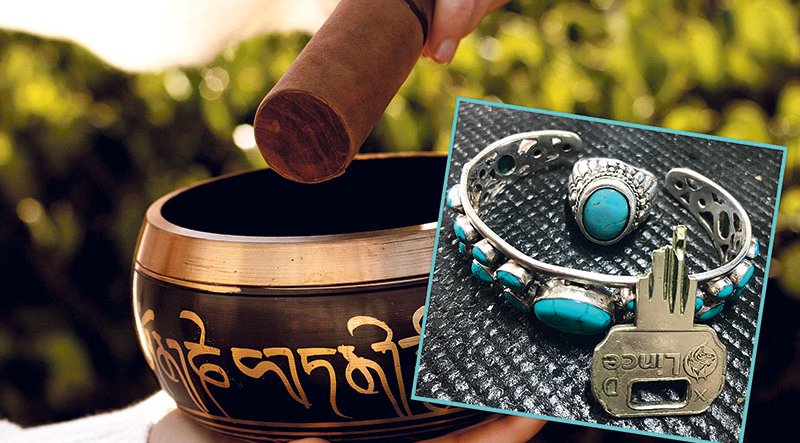 THE fella in the woo shop stared intensely at me, then declared ‘you’ve attracted a mischievous spirit.’ Given the extent of my deep scepticism regarding all things supernatural I simply shrugged and said there has to be a logical explanation for the odd things that have been happening in our apartment lately

When I first visited Decor Etnia, it was to buy a silver bracelet encrusted with my favourite stone, turquoise. I bought it to match a ring and a belt buckle (I do like shiny things.) The owner, Bartolomé, admired the ring, and agreed the bracelet complemented it perfectly.

I saw Bartolomé again when I went into his store to price a lamp I fancied. He told me the cost, then asked why I wasn’t wearing my ring. Dejectedly I told him I’d lost it somewhere in the apartment, and despite searching everywhere it was nowhere to be found.

That’s when he gave me the ‘mischievous spirit’ baloney, but assured me would turn up within three days if I allowed him to perform a ritual that involved me holding a copper Tibetan singing bowl in my left palm.

When one runs a mallet around the bowl it gives off an unearthly sound, and I stood there, feeling exceedingly foolish, and the word ‘poppycock’ kept going through my mind as he did his Harry Potter thing.

On the night of the third day the ring turned up – in a bag of peas in my freezer! I stood transfixed, wondering how the hell it had gotten into a packet I’d not touched in months.

There was no logical explanation, but my deeply ingrained scepticism would never allow me to entertain the idea this was the work of ‘a mischievous spirit.’

Then came the inexplicable incident with a steam iron. On discovering it in the kitchen sink I demanded an explanation from my husband Marcus.

The reply I got was ‘oh, the bloody thing leaks, so I just dumped it there.’ I replied ‘OK, I’ll toss it in the dumpster when I go out shopping.’  After checking that it had indeed sprung a leak, I disposed of it.

Imagine my shock when I returned to find the iron back in the sink. When Marcus returned I told him what had happened. He looked at it and said ‘yep, that’s the faulty one. You must have dumped the one that works.’

That’s when I went into full-on Inspector Clouseau mode. ‘Let’z get ziz straight. You put ze faulty iron in ze zink, then used ze spare one. What next?’ Marcus replied ‘I put it back in the utility room before I went out.’ We checked but there was no iron there. All we had was the leaky one.

Things got even weirder when I took the pooches out for a walk, but couldn’t get back into the apartment because I only had half the front door key. The day before it was perfectly intact. Clearly it had snapped in half indoors, but how? And where’s the missing bit? I’m now half-expecting a disembodied voice to chuckle and say ‘calm down dear, I’m only playing with you.’ If I do I’m calling an exorcist.