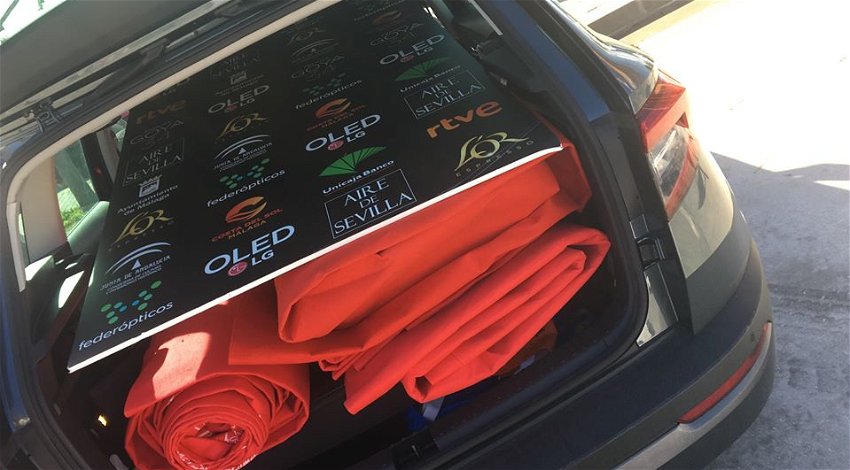 JOSÉ MIGUEL SANTOS, a teacher and school principal of the Missionary Crusaders of Malaga, was surprised to find the red carpet, used at the recently celebrated Goya awards, crumpled and discarded in a rubbish bin.

A red carpet refers to honour and prestige. Only “dignitaries” have a red carpet laid down to walk on. Dignitaries may include anyone from ambassadors, heads of state, royalty or movie stars. Or, as in the case of the 2020 Goya Awards, Antonio Banderas, Penélope Cruz, Pedro Almodóvar to name but a few, so how is it that such an important symbol can be found in the garbage in less than 24 hours after it’s use. One single use.

The discovery of the discarded red carpet together with other binned items such as part of the photocall and stage decor has triggered a cry of outrage with some community members like the school principal who has posted the find on Facebook with his own particular acceptance speech:

Well, I’ve also been to the Goyas (at the garbage), thanks to the Spanish Academy of Film Arts and Sciences:

Firstly I would like to thank the academy for the coherent message about “Save the Planet”, although instead of sermons (which are no longer given only by the Catholic Church) I would ask for a better collaboration between what is said and what is done.

Secondly, I would like to ask you how you go about to obtain so many resources? How do you apply for resources without getting rejected, or the door closed in your face? A small neighbourhood school is always told that there are no funds even for the most basic of needs, needs that have to be covered and are longer lasting than just one night?

Thirdly, thank you, because with all that you have thrown away, there are some children who will re-use the waste, children of a forgotten neighbourhood who will be made to feel like real actors of real life.