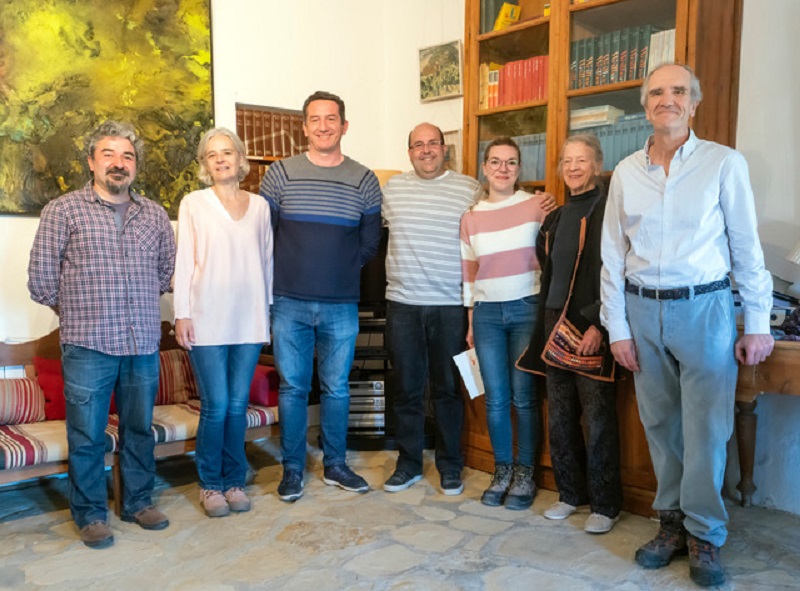 THE second Valparaiso Foundation CH Study Scholarship has been awarded to student Noelia Aguado for her study and research on ceramic remains found at the site of the original Mojacar settlement, ‘Mojacar La Vieja’.
The award ceremony took place at the foundation’s Mojacar centre, which was attended by local Tourism councillor and dig project promoter Emmanuel Agüero, Project Director and professor of History and Medieval Archaeology at Granada University, Jose Maria Martin Civantos, and his colleague Julio Roman, a researcher at the Medieval History and Historiographic Technical Sciences Department.
It is under these the direction of these academics that Noelia will continue her studies at Granada’s Medieval History Department.
Foundation President Beatrice Beckett, accompanied by members Chispa Lopez Casas and Javier Almagro, presented Noelia with her scholarship.
The foundation’s purpose is to support cultural creation and research and, through the CH Scholarships and collaboration agreements with Mojacar council and the Granada University, it as given Noelia €3,600 to assist with her postgraduate studies.
The archaeological investigations into the old Mojacar began in 2018 thanks to the local authority’s promotion of the initiative and involve a research team with proven archaeological and research experience.
Granada University’s MEMOLAB Biocultural Archaeology Laboratory has an expert excavation team with new information technology, teaching and analysis methods and an extensive international network to share their findings.
Given the dimensions and potential of the site, following the first two excavation campaigns the meticulous investigation, dating and cataloguing of the ceramic materials found is needed. Hence the team of archaeologists required a postgraduate graduate student under the supervision of Dr Roman, which they now have.
On the day of the award, the project director led a guided visit of the site, during which he revealed the latest findings stemming from the university’s work over recent months.
It was also an opportunity for the Valparaiso Foundation Board, councillor Agüero and the university excavations directors to put together new work strategies for this year’s Mojacar la Vieja campaign and plans for the future in view of the great relevance of the remains found.
The studies so far, and the possible new discoveries yet to be unearthed, could be key in understanding an important period of Almeria province’s history.