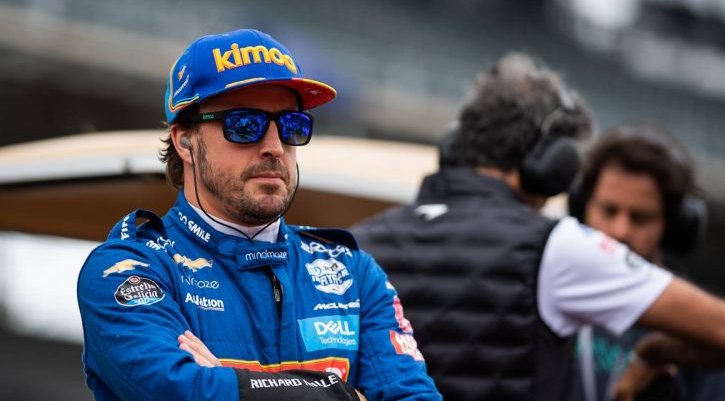 Spain’s finest ever Formula one driver Fernando Alonso is set to sign up for the 2021 season and the Euro Weekly News can exclusively reveal the contract signing is in the final stages before being signed.
Two time world Champion Alonso who has been unlucky throughout his career, often being at the wrong team at the wrong time that would have other wise led him to more titles, we can reveal will return to a front running team if the contract is finalised as expected although the actual team may go on to surprise many when revealed.
Fernando though at present has his full focus on cracking the Indy 500 historic race at Indianapolis on Memorial Day in the US at the end of May, the most gruelling and dangerous high speed race in the world.
Close sources have revealed to Steve Day now based on the Costa del Sol who himself has worked with many racing drivers over the years through his Sports Management Company informed the Euro Weekly News that the deal is nearing completion.
Steve who has worked in both F1 and Indy car racing since 1989, winning the Indy car title in 1993 with the racing team owned by Paul Newman and Carl Haas known as Newman Haas racing at the time, after being part of the winning 1992 F1 winning team with the Williams outfit withNigel Mansell as driver before they both headed out to America for 2 years to take on the Indy car challenge.
Steve told the Euro Weekly News all about Indy car racing and the dangers of the sport and what Alonso is about to face again after his first attempt with McLaren ended with engine failure and last year not even qualifying for the race.
” Indy car is simply mental far more dangerous than F1 – flying cars coming off oval turns at 250 MPH and peaking in the 300’s at times on the straights before hitting the next turn, often racing three abreast along side a thick concrete wall with no protection, refuelling still applies with spells and dashes and a pit lane of many incidents.
When we went to the States our Nige only had one thing in mind at that was to be the first current racing F1 Champion and Indy Car Champion at the same time, and we pulled it off but not after a lot of drama, Nige had a massive smash in Phoenix Arizona as he spun and went into the wall in practice and ended up in hospital with hundreds of stitches in his back, most drivers would have given up for the season – but no way Nige was, he was back for the next race chasing the points and victories, he ran dosed up on drugs the next two races to relieve the pain and that would never have been allowed in F1, he was that tough was Mansell, he was leading the race and won it whilst being sick inside his helmet”


“When we got to Indy itself it was a month of qualifying through May and as Nigel was still considered a “rookie” despite being the F1 world champion we had to complete rookie 500 tests, we had a game plan and we were on for victory, we had timed the splash and dashes perfect, stayed out of trouble which is always tough at Indy and with around 20 laps from the finishing line we got a yellow flag for debris on the track after a smash, on the restart Nigel missed a gear and we dropped to 4th and ran out of time, the second year a rookie landed on top of our car as Mansell came out the pit lane setting him on fire and having to roll in the grass before being extinguished – that’s Indy for you” Steve explained.


” Fernando has a great chance of winning it, he’s a fantastic driver and I still regard him as the best out there at the moment, he was unlucky at his first attempt with the engine failure and I think he would have gone on to snatch it if the engine had not blown up – last year was a total mess, set up was wrong on the car and it was a bit of a dog car to be honest but this year I think will be his year and then back to F1 where with the right car he will deliver another world title!” continued Steve.
” My close sources have informed me the deal is nearly over the line for his return to F1 but I can’t reveal more than that at this present time”