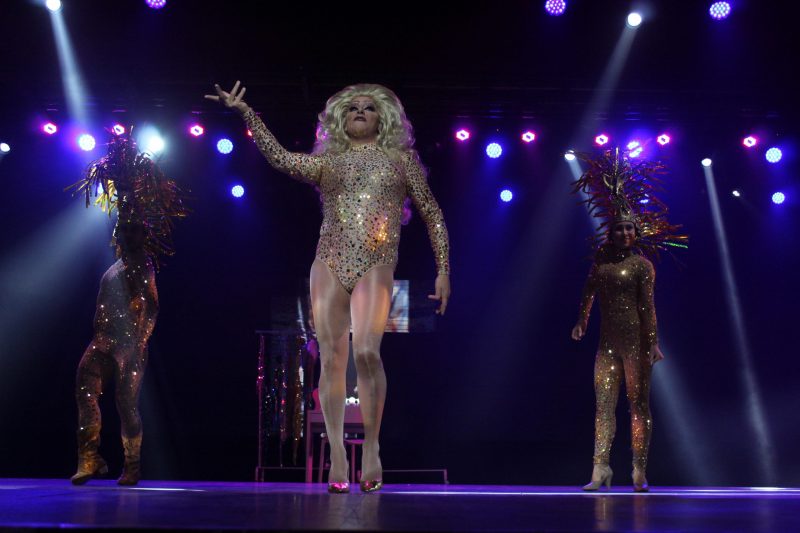 BENIDORM’S finest acts brought a packed house down at Benidorm Palace yesterday (Sunday, March 8) as singers, comedians and other entertainers put on an incredible show in aid of Benidorm Dog Homing.
Save My Life 4 was a roof raising success, with much needed funds raised through 1,000 ticket sales, a mammoth raffle and donations.
Co-organiser, Donna Sandland, told Euro Weekly News: “It will be a few days before we know exactly how much we have raised, but we are all feeling really positive. It’s been a fantastic afternoon thanks to the incredible acts and everybody who has come along today.
“We would also like to thank Gary from Giving4Giving who donated €1,000.”
Compere Tim Aimes and David Duncan of Benidorm Dog Homing, brought fun and humour to the proceedings introducing a fabulous line up while reminding everybody present how vital it is to help give more than 100 dogs at the shelter a second chance at life.


“Benidorm Dog Homing and all of the volunteers works very closely with Benidorm Dog Shelter, they do unbelievable work. Many of these dogs are rehomed but there are others which are older have spent many years at the shelter, the invisible dogs,” explained Tim, before presenting a video of the canine’s in desperate need of a loving home.
“You can help in lots of ways, by donating, supporting events and helping exercise the dogs,” he added.
All-round entertainer and ‘bad boy of swing’, Jamie Somers kicked off the vocal side of things, having already raised bucket loads through a ‘sponsored head tattoo’.
Young Laura, granddaughter of Palace owner, Christine Climent, then wowed the crowd with her incredible gravity-defying, silk rope skills, before Aisha belted out chart topping Adele hits.

In between moving clips of the shelters residents, other acts including resident favourite Kim, took to the stage.
After a fabulous set, Kim, who volunteers with Benidorm Dog Homing and sold more than 100 tickets herself, told EWN: “I absolutely love being on the stage, especially this afternoon, it’s been fantastic.”

Christine, who launched the cabaret fundraiser Save My Life, now in its fourth year, added: “Kim is a great example of how everybody has really got behind the cause. She has not just got dressed up to get on stage and sing, she has been doing the dirty work behind the scenes too, helping in every which way she can.”


Guy Melodini kicked off his set with a Robbie Williams hit, getting members of the audience up on stage to strut their stuff, before Jose Cristo dazzled with a light-tastic juggling performance, climaxing in a fabulous fire display.

After an energetic vocal performance, with great Jackson/Timberlake dance moves, Sean Mac thanked everybody for their support.

“I would also like to thank Donna and all those involved for the opportunity to be a part of this brilliant event on behalf of a fantastic cause,” he said.
The ‘fabulous darling’ (Colin) Coco Chanel delighted the audience with super-fast costume changes, ‘risque’ renditions of hits such as ‘Should Have Been Me’ and a touching request for support for his own Helping Coco refuge for abused and neglected horses.

The vocal talent of Ben Ashley was then followed by Tito Baby.
A huge raffle broke up proceedings before Benidorm’s very own Bay City Rollers tribute act, Roller Maniacs, took to the stage and announced they will be supporting much-loved, The Manfreds, on their 2020 tour, which stops off at Benidorm Palace on Sunday, May 10.

And rounding off the spectacular evening was the Blue Brothers, accompanied by young fan, Lucas, who is invited to join the duo act whenever he is on holiday in Benidorm.  They ensured this year’s fundraiser ended with a bang as they packed the stage with members of the audience, for a rapturous finale.

Also present were volunteers from animal charity Manos Y Patas, and the founder of Benidorm Dog Homing, Margaret Cluckie, who set up the charity in February 2014.
She told EWN: “I live in Scotland and while I was here on holiday, I saw an advert in a newspaper saying there was a dog looking for a home and to contact the Benidorm shelter if you were interested.
“I went back home and Googled it, got in touch with volunteers and decided to set up my own page. It just went from there.”

Delighted with yesterday’s fund raiser, she said: “It’s absolutely amazing the support we have received from the public and the acts who have given their time. I never had any idea Benidorm Dog Homing would become what it is today. When Donna and David first came onboard we were lucky if we raised €1,000 at events in little clubs, now look at us, it’s wonderful.”
Donna added: “Without Margaret, we would not be here today. We would like to thank all of the acts and everybody so much for coming along and supporting this event.”