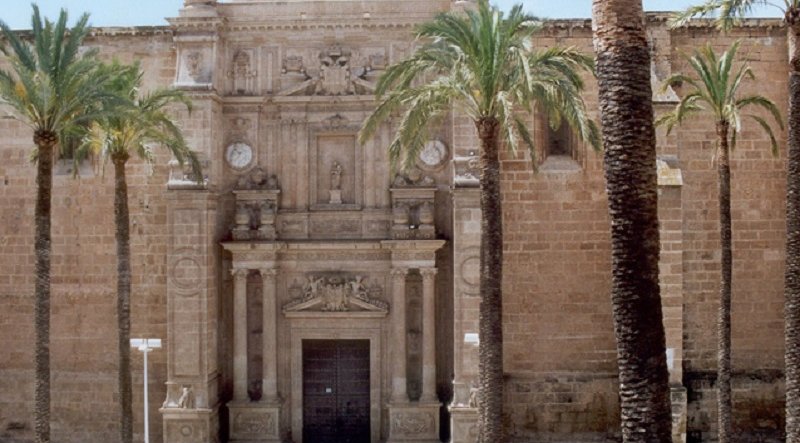 EASTER DOUBTS: The diocese statement said it remains to be seen whether the Easter celebrations will go ahead. CREDIT: Diocesis Almeria Facebook @diocesis.almeria

THE Diocese of Almeria has suspended catechism religious instruction for children taking First Communion and apostolic and devotional acts “due to the progressive expansion of infection from the coronavirus pandemic.”
An official statement issued on Thursday said the suspension included processions and Stations of the Cross meaning a large gatherings of people.
In the same statement the diocese recommended that priests continue to hold mass, but paying the “due attention” to the indications of the diocese and “avoiding taking isolated decision without diocesan coordination.”
The statement also tells the priests to “remind the faithful of the prudent distance they must observe between each other within the church.”
In addition, the statement says that diocese bishop exempts the elderly or anyone suffering from certain medical conditions which make them particularly vulnerable to the virus from attending church on Sundays and celebrating mass, and recommends that they follow the celebration of the Eucharist and other acts of piety on TV, radio or the internet.
At the same time, the diocese urges priests not to stop attending to “the spiritual needs of the faithful, taking the due precautions for confession and the administration of Holy Communion, as the Church has always done and as the Holy Father continues urgently recommending.”
The same statement says it remains to be seen whether the Easter celebrations will go ahead, and that is depends on what happens and on what the authorities say.
Meanwhile, Huercal-Overa Nuestra Señora de la Asuncion Parish Church issued a statement saying that in accordance with the diocese instructions, and following talks with the Easter associations and the local authority, the proclamation of Easter planned for Saturday March 14 had been suspended. Also suspended was the procession with the image of the Nuestra Señora de las Angustias saint the following day, the parish Stations of the Cross on March 20, and the Easter Week rehearsals.
Huercal-Overa’s Easter celebrations are among the most important in the province.