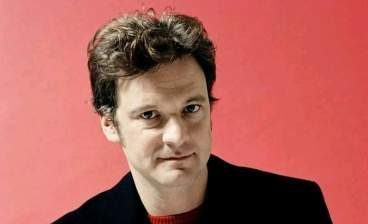 THE shutdown of Hollywood productions in Spain is a big blow to the economy but some stars are optimistic that the quarantine will end soon.

While many stars left Spain once the State of Alarm was announced, some high profile actors and writers chose to remain and wait it out in the hope that the quarantine will be lifted by the middle of April.

Hollywood producer, Pat Andrew, a former executive of Wanda-Halcyon Television who is very familiar with and a great admirer of Spain said:

“The quarantine announcement was quite sudden though not unexpected however when your average production has 80-120 people involved, shutting everything down and going into ‘hiatus’ has a very dramatic impact. This is not unique to Spain but has happened globally. For example, the production ‘Operation Mincemeat’ starring Colin Firth and Kelly MacDonald was filming in Malaga the weekend the State of Alarm was announced; a heartbreaking scenario and a logistical nightmare for the production team.

“Then you consider the internet sensation, Ciro Dapagio, of MobKing whose young family arrived from America and had to be informed of the ‘hiatus’ only days after settling into their new home on the Costa Del Sol.”

Andrew laughed when asked how Dapagio and his family took the news. He stated: “I was informed by the streaming service to tell all actors and production staff that we were going to be in ‘hiatus’ for four weeks and that they should go home, but Dapagio told me in true tough guy fashion and in no uncertain terms that he is not leaving as he loves Spain and came here to make a television show and no virus named Corona was getting in the way of him and his family taking care of business and making a great television show for his fans.”

According to Andrew, Ciro Dapagio was not the only Hollywood person loyal to Spain: “I called George Christie, lead actor and legendary Hell’s Angels icon and told him that we were going to have to stop production for four weeks and that he should go home, Christie laughed and said ‘Malaga is my home now and when adversity comes, some guys run and some guys stay’.” George stated that he would stay and just work out every day at home and practice his lines.

Andrew went on to say that he called the writers who were working on the television production ‘Smoking Gun-A Murder Mystery’ at a studio in Madrid. The entire group of writers from America told me that they didn’t want to leave Spain. I explained that under the ‘hiatus’ rules, they would not be paid during that time period however they agreed to keep writing together in a huge house in Madrid if the production agreed to pay for their accommodation and their food. One thing I have learned in Hollywood if you get writers that are motivated and in the right environment, you don’t want to break that up so the production agreed to their request.

When the quarantine was announced, Andrew was in Madrid with writer, George Van Mellaert. Andrew stated that Van Mellaert was needed in Paris to work on his best selling political thriller ‘Corruption of Justice’ as it is being adapted into an exciting television series or he has no doubt that George would have requested to stay in Marbella where it has a house and also where he is scheduled to start filming in April.

When we asked Andrew if it was normal for actors and writers to be so committed, Andrew laughed and said “I will tell you what I told the streaming service; all these people who refuse to leave are both professional and real-life tough guys. If the Coronavirus stands in their way, they will look it in the eye and in the words of the Count of Montecristo will cry ‘Do your worst – we love Spain and we are not leaving until we can get the job done’!”