Gardeners, maids and dog walkers. Life goes on in Marbella on the Costa de Sol 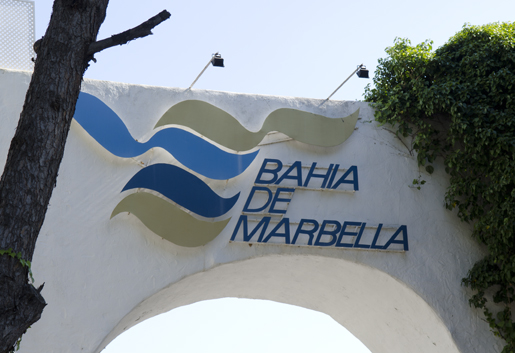 We reported a couple of weeks ago, how construction work was continuing at the millionaires’ enclave of Bahia de Marbella. Since then, tools have been downed and work on numerous mega-mansions has been put on hold. However, speaking with one resident of the exclusive Marbella urbanisation this morning, we learn that while the construction workers have gone home, teams of gardeners, maids and even hired dog walkers can be seen on the streets.

This morning vans arrived with gardeners and maintenance men, at the usual time of 8am. Speaking to EWN, one resident told us of her disbelief, when she saw gardeners busily working, without use of protective face masks. “I was walking my dog, and passed two gardeners, who were using leaf blowers at the entrance to one of the villas. Neither of them were wearing face masks, so I crossed the street to avoid passing them. I genuinely thought this sort of work was classed as ‘non-essential’, it made me really angry.”

Before lock-down took hold, many residents made their way from Madrid as well as other parts of the country, to use their second homes,in order to ride out the situation. “Bahia is usually really quiet at this time of year. We only ever see it busy in high summer, but these days my husband and I have noticed that most houses are full, and therfore have a full team of staff, who arrived with the owners,” our source continued.

On dog walking, another resident explained that he encountered a specially hired dog walker at the weekend. “I saw her attempting to enter the beach, which the police have officially closed, sealing it off to residents with a banner. When I shouted across the street to ask what she was doing, she explained she was new in the area, having been hired to walk dogs by a family who’s maid was sick at home,” he continued. “Considering most houses have expansive gardens, could they not stay home?”

While workers continue at the villas, we can also report that gardeners are going about their daily business behind the closed gates of luxury apartment developments. This morning we spotted numerous busy, uniformed workers, coming and going from such developments, as well golf buggies with workers driving the streets.

A security guard is constantly at the entrance gates of Bahia de Marbella, as are security teams who patrol the area 24/7, and while this work is classed as essential, we wonder how long it will take before all other work taking place will be stopped.