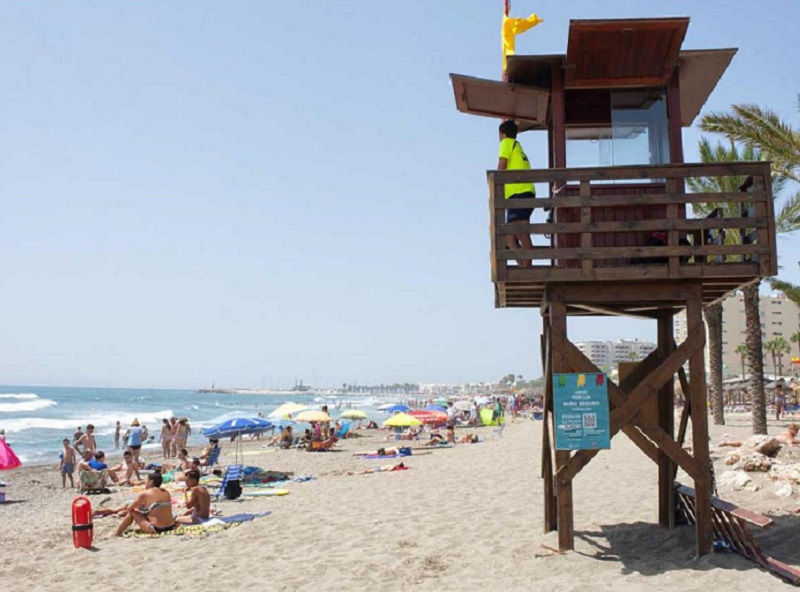 “DIFFERENT”: The Junta de Andalucia president has warned beach-goers they are going to have to change their behaviour this summer CREDIT: Ayuntamiento de Torremolinos Facebook @ayto.torremolinos

BEACH-GOER numbers limited to nearly half capacity, police checks on comings and goings and social distancing, and a ban on group games are all on the cards for beaches on the Costa del Sol and the rest of Andalucia this summer, the regional government president has revealed.

Speaking in an interview on national Spanish TV earlier this morning, Juanma Moreno explained these were among the measures the Junta de Andalucia is preparing to include its beach plan, which will be debated today.

Moreno said beach-goers will have to stay between two and 2.5 metres apart, and that Local Police forces will play an “essential role” in keeping an eye on ensuring social distancing is being practised and on controlling the number of people on beaches at any one time.

The Junta President also said there will be a thorough daily cleaning of beach equipment and facilities.

Moreno called on the public to show “individual responsibility” and to remember that this year is “different,” warning that people are going to have change their beach behaviour.

“Collective games are over: ball games, paddle games, doing things in a group… Unfortunately this summer it is not going to be possible on any of the beaches in Andalucia and probably in Spain,” he said.