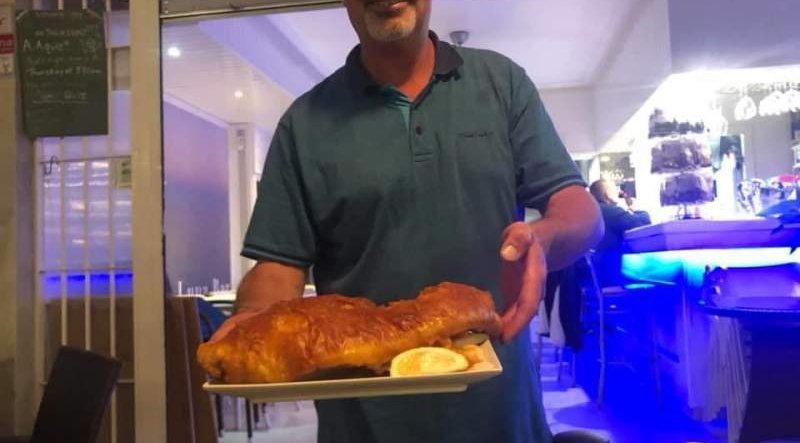 THE Costa del Sol’s ‘King of the Fish’ has had his plans to reopen his Fuengirola seafront bar dashed as an emergency trip back to his native Scotland means he faces being caught by both Spain’s and Scotland’s quarantine rules.

Mark Sutherland and wife Barbara run the hugely popular seafront Luna Bar, famous for its Fish Fridays, and were getting excited about getting their business back up and running and welcoming back regulars.

Now Mark’s mother-in-law has been taken ill, leaving the couple with no choice but to fly back home and pushing the bar reopening plans back weeks.

Still not able to even see his mother-in-law, and with Spain’s 14-day quarantine requirement for international arrivals in place, it looks as though Fuengirola’s well-known fish king is going to get hooked up on a double whammy.

“We all had to wear masks for the whole flight, and there was a lot of paperwork to fill out to enter Scotland: the form filling took up most of the flight!

“Now we have to sit out the 14 days before we can even see my mother-in-law, and when this is sorted, we are then facing the Spanish quarantine for another 14 days,” a clearly exasperated Mark said.

“This denies us another five to six weeks before we can open, after having already been closed for 11 weeks.”

But Mark makes it clear that for him “family comes first,” and says his staff understand.

He also has a word of warning for anyone thinking of making a trip at the moment.

“My advice to anyone is unless it’s an emergency, don’t even think of travelling.