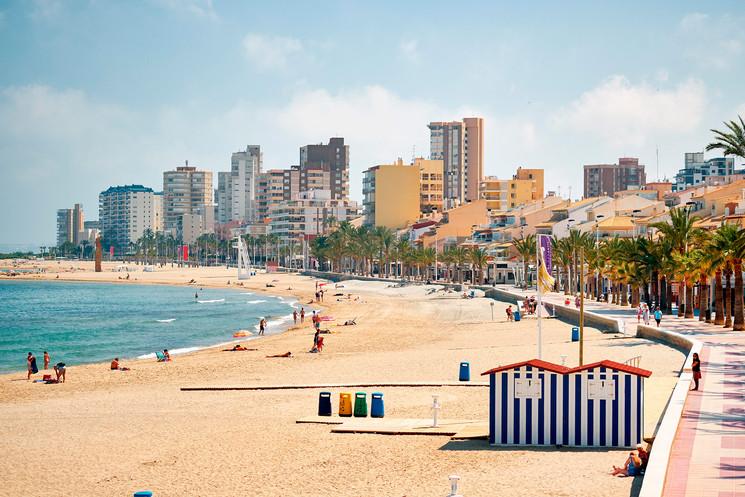 THE management and work carried out over the last few months by the town’s Tourism Department, led by Marisa Navarro (PP), has borne fruit.
Yesterday, the Ministry of Industry, Trade and Tourism announced El Campello has joined the network of Intelligent Tourist Destinations (DTI), an exclusive group composed of 121 members between 88 municipalities.
The government has stressed the role of these towns and cities is “fundamental” to promote and guarantee an intelligent and safe tourism, “and will be a protagonist in the relaunch of a key sector, both for its economic weight and its contribution to social and territorial cohesion.”
The DTI Network was established in February 2019 to promote a new framework of reference to strengthen the competitiveness of the Spanish tourism model.
Marisa Navarro said: “Being DTI is another way of looking at tourism, more innovative.
“This is the materialisation of an exciting project in which several municipal departments have participated to generate a great data so that the council can be, as a whole, more effective and efficient.”
El Campello will now be eligible for specific subsidies that are annually granted by the Autonomous Secretary of Tourism.
“With the application of cutting-edge and innovative technological tools, it is possible to anticipate the behaviour of tourists in the destination, which will allow the analysis of future promotion strategies and aspects to be improved,” said Navarro.
“This is an important step forward, in which a constant line of work will be maintained side by side with higher administrations,” she added.
Director General of Tourism Intelligence of the Generalitat Valenciana, Mario Villar, said that El Campello has become part of the elite “by right.”
“El Campello now has a competitive advantage over other tourist destinations.”
Belonging to the DTI network has become more relevant due to the coronavirus, “since the application of technology will serve to measure the security and sustainability of the destination”.
Villar added: “It is clear that El Campello must be promoted as an attractive gastronomic and beach destination.”