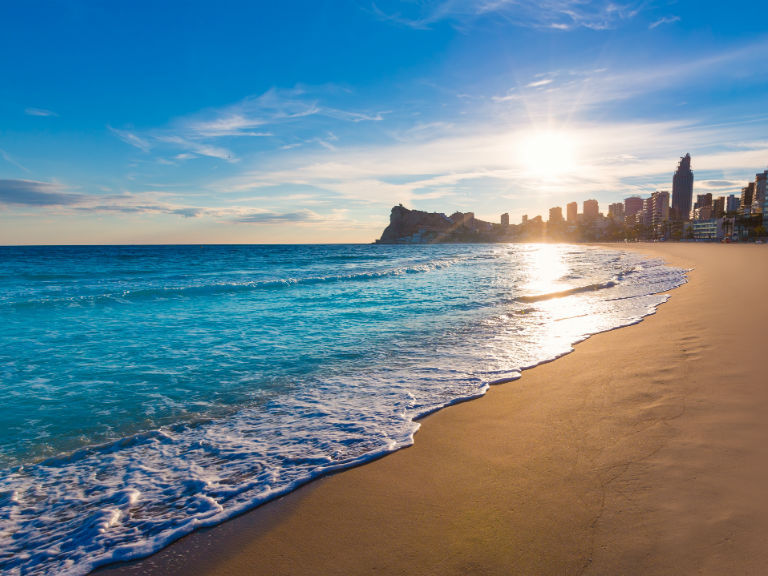 In just two weeks, one million Brits have searched for holidays on Spain’s Costa Blanca for the last four months of the year.

THE Valencia Tourism Agency carried out a study on the current international situation which shows that the Costa Blanca remains one of the British’s favourite destinations.
But with the current health situation and closed international borders, holidaymakers are being forced to postpone trips until September and the remainder of the year.
Regional Secretary of Tourism for the Valencian Community, Francesc Colomer, said it all depends on the evolution of the coronavirus pandemic, “but at the moment it seems more likely that British tourists will start coming at the end of the summer.”
Colomer said this is confirmed by a search carried out on the main holiday search portals which shows that in just two weeks, one million British people compared prices for destinations on the Costa Blanca of Alicante for the last quarter of 2020.
Colomer stressed this is a very important indicator as it demonstrates that amidst all of the uncertainty and fear, the British want to spend their holidays in Spain.
Flight searches for Alicante-Elche Airport show the most interest comes from the German and British market, among the regions “most loyal” client bases, said Colomer.
The data was collected before Spain’s Prime Minister, Pedro Sanchez announced on Saturday that if the health crisis continued to evolve favourably, Spain would reopen its doors to foreign tourism in July.
And Valencia’s Tourism Agency is optimistic this will see a further surge in searches.
With a significant fall in tourism revenue estimated for the whole of 2020 in the Valencian Community, the Tourism Agency has drawn up “defined scenarios” to try to reduce the losses.
Between now and July, as deconfinement gradually takes place and movement is opened between autonomous communities, the Tourism Agency “will begin communication in the national market to reinforce the image of the Community as a safe destination.”
A new tourist information portal is being launched contingency plan implemented in the Tourist Information offices, among other measures.
“The scenario of opening the national market is expected to July to September,” said the Tourism Agency in a statement.
“Travel in Spain is allowed and shorter stays than usual and travel mainly by car are envisaged. In view of a scenario with tourists already in the destination, messages of safe consumption and prevention will be reinforced, in addition to maintaining national promotion with online presentations to national operators.”
National demand from the European market is expected for October, November and December.
“At this time, among other actions, communication in the nearest international markets and online presentations of destinations to international operators are being considered.”
The Tourism Agency continued: “The revival of international demand in Europe is expected to continue to April 2021 and movement from more distant destinations will begin.
“In this scenario, the plan envisages activating promotion in these medium and long term markets and reactivating the national and international agenda of trade fairs and face-to-face presentations.”
For the moment, national tourism will be the focus during July and August, on the assumption that travel between provinces will be allowed.
To encourage international tourism for the last four months of the year, the Valencian Tourism Agency is preparing an international marketing campaign which promotes the region as a safe holiday destination.
This will outline measures taken and protocols in place to safeguard hotels and beaches.
The majority of hotels in the Valencian Community remain closed, and are expected to open for July to cater for national holidaymakers.