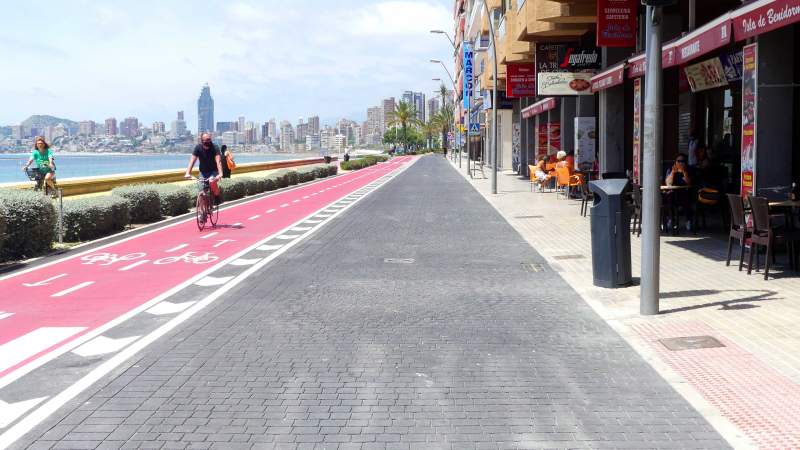 Benidorm Council has assured the pedestrianisation of the entire Calle Sant Pere will be finished by the end of this month.

COUNCILLOR for Works, José Ramón González de Zárate, said the local authority has “adjusted the planning of the work to the maximum to be completed before June 27,” so that “the first week of July residents, tourists and establishments can enjoy the benefits of this pedestrianisation.”

He said work began last week on configuring a single-platform street, following the model of Tomás Ortuño and the recently pedestrianised section of Sant Pere itself.

The councillor added: “This action also incorporates a significant improvement in the hydraulic network, since all the storm drains of the buildings are going to be connected to the public network, so that once the street is pedestrianised, there will be no flooding on rainy days.

“This will also put an end to the odour problems that were previously reported in the area during episodes of heavy rainfall.”

De Zárate pointed out that the council had not intended to start new works on public roads in this phase of the de-escalation plan.

But added: “So as not to inconvenience citizens and business, it was decided to make an exception with Calle Sant Pere since we are going to promote a pedestrian boulevard where citizens can walk with more interpersonal distance and in which hospitality business will have more space for their terraces before the start of July.”

In the section of Sant Pere between the Costera del Campo and Maravall alone, there are four hotels, a block of tourist apartments and five bars.

The pedestrianisation scheme has been a long time coming, having been agreed in full in 2011.

De Zárate said: “Once these works have been carried out, we will have a pedestrian boulevard that is totally accessible from Almendros Street to Armada Española, as the final section of Sant Pere from the intersection with Maravall has been pedestrianised since the beginning of May.”