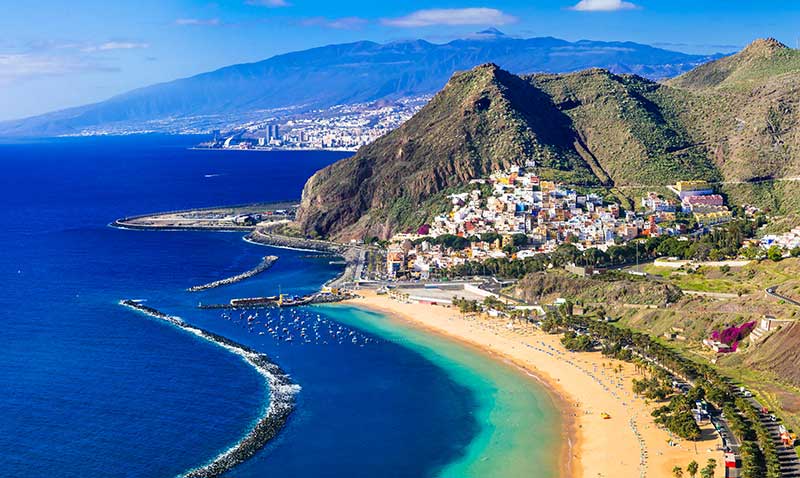 Spain’s holiday rentals on the coast from Costa del Sol to Costa Blanca remains affordable, despite the overall 3 per cent price rise as a result of the pandemic.

APARTMENTS or villas by the beach vary between €200 and €2,800 per week this year, depending on the location, according to property experts TecniTasa – a company which evaluates the rental rates of properties on the coastline. For those that want to grab a bargain of between €200 and €500, it’s worth considering Andalucia, says TecniTasa. An apartment in Granada’s Motril will cost around €350 or €425 in Almeria. In Valencia, you can find apartments for around €380 on Saler Beach or a frontline apartment in Moncofar in Castellón for around €400.
Another affordable option is the Canary Islands. Apartments in Las Canteras in Las Palmas de Gran Canaria, or in Tenerife’s El Puerto de la Cruz, are priced around €275 a week. Apartments/houses near the beach areas of Lugo’s Burela or Vicedo will set you back between €200 and €500 per week. Similar priced accommodation can be found in Coruña’s Pontedeume and Asturias’ Tapia de Casariego coastal areas.
The Balearic Islands, however, remains one of the most expensive destinations in Spain with prices of up to €2,800 a week, for example, for an apartment in Menorca’s Punta Prima. Apartments in the port of Ibiza cost around €2,200, or one in Mallorca’s Sa Rapita are priced up to €2,000 per week. Exclusive apartments in Marbella’s Puerto Banús on the Costa del Sol will set you back around €2,600 a week. However, slightly cheaper alternatives can be found in Sotogrande for around €1,500 a week or in Cadiz’s Puerto Sherry for around €1,300 for seven days.
In the north of Spain, in Pontevedra’s Sanxenxo an apartment on the beach in Portonovo will cost around €1,600 for seven days. Prices for apartments in the centre of San Sebastian hover around €1,375, or €1,500 for one in Hondarribia. Costa Blanca’s Alicante is the most expensive area in Valencia with apartment prices of around €1,500 in Benidorm’s Levante Beach. In Catalonia, Barcelona’s Sitges area will set you back around €1,400 for a week, or you can find slightly cheaper options for around €1,200 in Barcelona’s Casteldefells area.