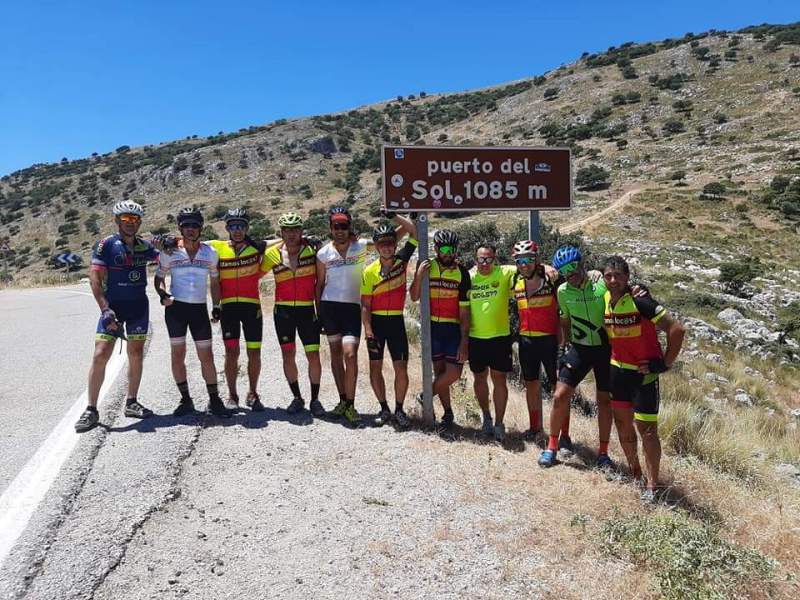 ELEVEN cyclists from Axarquía made it their goal to travel part of the region on a mountain bike and along its county roads, challenging its steep slopes, with a distance of just over 200 km in intense heat. They did it this Sunday,28, with departure and arrival, on a circular route, from Torre del Mar.

They started very early, at 5.15am from El Faro del Paseo Marítimo de Torre del Mar, and began their first stretch, the lightest because they still had energy, and because it was much cooler.

The entire route is known for its difficulty and takes in Caleta de Vélez, Algarrobo-Costa, Mezquitilla, Lagos, Torrox-Costa and Nerja as the flat part of the first section. It then begins an ascent towards Frigiliana.

They arrived in Canillas de Aceituno around 10.45am. where they rested and had breakfast and stopped for supplies. From there, a small descent break, to get to the Don Manuel Bridge, and start the climb to Alta Axarquía again.

Once arrived, and already very tired and around 4.45pm, they had to give everything to climb a very hard 5 km to Moclinejo.

In that area, everyone saw a light, and although they were drenched in sweat, they knew it was the last demand and that would lead them to Benagalbón and Rincón de la Victoria, which meant reaching the coast and heading the last 25 km along the coast.

While thousands of bathers enjoyed the sea, they arrived at the Torre del Mar Promenade at around 7pm. They had spent about 14 hours, on the road facing this madness. Not surprisingly, the group is called “Estamos locos.”