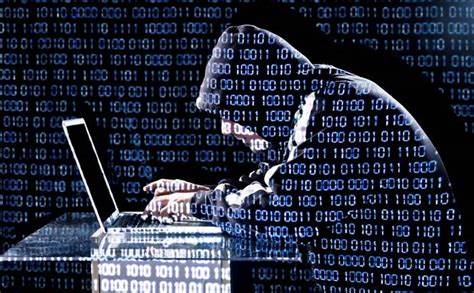 A communication system used by organised crime groups trading in drugs and guns with military-grade encryption has been hacked by law enforcement in the UK’s biggest ever law enforcement operation.

THOUSANDS of officers from across the UK have been involved in a massive international operation which was launched in April.

Specialists from the National Crime Agency, regional crime squads and every police force in the UK were involved in the operation.

The National Crime Agency said it was after four years of work by international police units that French investigators managed to access Encrochat, a platform used by 60,000 people all over the world, including around 10,000 in the UK, for what police forces claim were purely criminal purposes.

The company, which charged £1,500 (€1,663), for a device on a six-month contract, sent out a warning to users in early June to say that its servers had been hacked by a government entity.Some of the items seized by London’s police. Picture: Met police

Investigators were in a race against time to make the most of the wealth of information available on the platform, targeting major criminals before they could cover their tracks.

In London, the Met Police said data was passed to them which revealed there were approximately 1,400 London-based users of Encrochat.

Commissioner Cressida Dick said the operation is the most significant activity the Met Police has ever undertaken.

She said: “Organised crime groups have used encrypted communications to enable their offending. They have openly discussed plots to murder, launder money, deal drugs and sell firearms capable of causing atrocious scenes in our communities. They were brazen and thought they were beyond the reach of the law.

International investigators were also going after the team who ran Encrochat, who they said led “luxury lifestyles,” although the technology itself is not illegal.

National Crime Agency (NCA) director of investigations Nikki Holland said the breach was like “having an inside person in every top organised crime group in the country.”

She said: “This is the biggest and the most significant law enforcement operation of its kind in the UK and it is previously unmatched in terms of its scale.

“We have dismantled well-established organised crime groups and have already secured evidence to prosecute a significant number of known criminals that have previously remained beyond our reach.”

So far, officers in the UK have arrested 746 suspects and seized more than £54 million in cash, as well as 55 sports cars and 73 luxury watches.£5.1m (€5.6m),  seized under Operation Venetic in London alone. Picture: Met Police

They have taken control of more than two tonnes of class A and B drugs, as well as 28 million street valium pills – a drug that has caused a number of deaths in Scotland.

A total of 77 guns, including submachine guns, as well as 1,800 rounds of ammunition and four grenades have also been seized.

The NCA said UK law enforcement had dealt with more than 200 threats to life and had “undoubtedly” prevented murders between rival gangs.

Law enforcement have been aware of Encrochat for some years. Drug dealers Andrew Venna and Matthew Cornwall, used the devices before they were jailed in May 2019; as did Mark Fellows and Steven Boyle, who were jailed for life last year for the 2015 gangland murders of John Kinsella and Paul Massey.

Investigators were able to monitor thousands of Encrochat handsets and analyse millions of messages to get information on drug dealing, the sale of illegal guns and money laundering, after hacking the system.

Detective Chief Superintendent Alastair Simpson, from the North East Regional Special Operations Unit, said the operation has shown the far-reaching powers of police forces and law enforcement and warned anyone making money from serious and organised crime would be brought to justice and stripped of their assets sooner rather than later.

He said: “Organised crime is anything which is planned, coordinated and conducted by brazen individuals who want nothing more than to turn a profit. This operation sends a clear message that we will do all we can to bring these people to justice and seize any assets achieved through criminal means.

“This has been a clear priority for us and the three police forces of Northumbria, Durham and Cleveland since we launched Operation Sentinel last January, our overarching dedicated initiative to target this type of activity.

“Organised crime can devastate our communities and can often see the exploitation of children and vulnerable people. While it’s amazing to see such large recoveries of drugs and firearms – it’s important we continue our work so these groups are dismantled and can no longer operate.

“Community intelligence is vital to this and we hope this activity gives people the confidence to approach their local force with any information that can help us tackle serious and organised crime.”