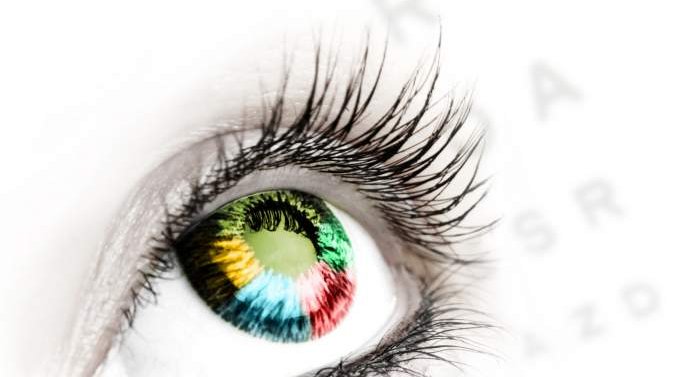 UP to now it has been believed that dyslexics’ ability to imagine and visualise letters and objects in three dimensions is a mental phenomenon and has been treated accordingly in centres for dyslexia worldwide.

However, thanks to international studies undertaken by prestigious research units such as those of Harvard Medical School, Yale, Cambridge, etc, it has been confirmed that there is a size difference between the magnocellular pathway of dyslexics and non-dyslexics. These discoveries prove that the magnocellular pathway in dyslexics is 27 per cent smaller than in non-dyslexics and consequently the magno cells are also smaller.

The magnocelular pathway consists of large nerve cells that form a path from the eyes to the brain and is responsible for sending signals about large/static images, perspective of time, space, dimension, sequence – integral problems for dyslexics.

This same pathway is responsible for detecting colours. If the signal is transmitted with an erroneous frequency a distorted message will be sent from the eye to the brain, a message that is difficult to interpret. 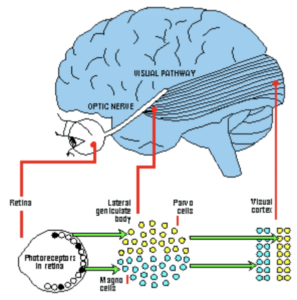 A new specialised tint, ChromaGen, not only adjusts the light entering the eye which allows the Magnocelular pathway to send the signals at a speed which can be interpreted by the brain without distortions, it fixes the frequency which permits long term permanent benefits with use.

This way, most dyslexics’ ‘three-dimensional’ and distorted vision is remedied and their eye movement controlled by rectifying the blurred vision, many of them did not even realise they had as they had nothing to compare it with. This adjustment will also help hyperactivity, ADD, and even epilepsy, also caused by the imbalance of light perception received through the eye.

This adjustment also results in improved coordination and a better concept of time and space, as all of these are dependent on the same pathway.

Not only are these discoveries important in terms of the obvious benefits they afford but also in preventing an incorrect diagnosis that may cause further irregularities as a direct consequence thereof (eg the worsening of sight owing to the unnecessary prescription of glasses up to and including 0.75 or an unnecessary eye strabismus surgery). The most common visual problems relating to this double vision are myopia, hyperopia and astigmatism.

This new optic tool, available in leading eye specialists, is resolving problems that previously had no solution from the optic field, or any other.  By stimulating the visual system externally, compensating any perceptive deficiencies (light, contrast and colour).

Up to 20 per cent of the population will benefit from this.

As of Friday 14.08.2020 you can now literally see for yourself as Verónica Diaz of Optica La Colonia has now incorporated this advanced UK product into her practice – call now and get your appointment – there’s absolutely nothing to lose and everything to gain.