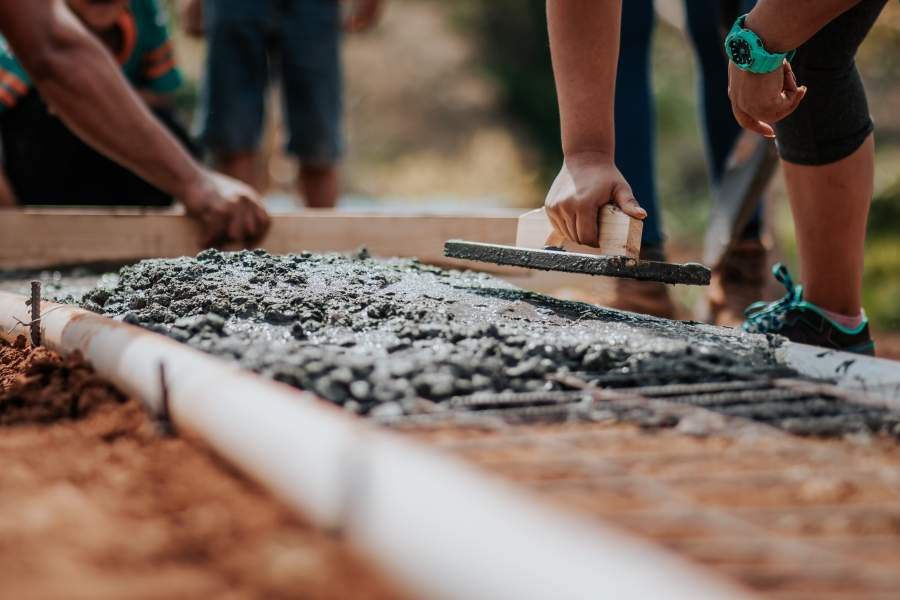 More than 13 Social Centres in Murcia get much needed maintenance and repair works after the City Council allocates a large of money for the tasks.

THE Murcia City Council, through the Department of Social and Family Rights, led by Mayor, Pilar Torres, has made €380,000 available to pay for expansion works and improvements to facilities used to serve the most vulnerable groups.
The Councillor for Social Rights, Pilar Torres, explained that “we are developing a plan to improve the facilities in which different services of a social nature are provided to residents who need it. Our goal is to provide social entities with the best spaces and environments so that they can continue with their important work”.
One of the facilities, the García Alix municipal centre, has had a new office set up on the semi-basement floor, in line with the existing spaces in the rest of the centre, which will be occupied by the fibromyalgia association Fibrofamur. The works have involved an investment of €11,803.21.
A list of other social centres improved, include:

The Department has renovated the facilities on Barba Street, in the Barrio del Progreso, where the social centre for the elderly were housed prior to their transfers to other facilities. The centre now has a new reception, waiting room, adapted toilet, two service offices, meeting room, staff toilet and air conditioning.
The total investment to the social centre has been around €76,330.80.
The new social centre in San Pío X has a reception, waiting room, an adapted toilet, two service offices, a meeting room and awnings.
The new centre has cost €54,867.22.
The district of Zarandona will also have a new centre opening in September, with works still ongoing.
The three new social centres that will cover a population of almost 40,000 inhabitants when they come into operation.

The Cabezo de Torres Day Stay Centre, had maintenance works carried out to the paths and walkways, raising the perimeter paths on the public roads, and also to the patio area.
The building has also been waterproofed and the existing problems in the terrazzo pavement, the partitions and the walls have been solved due to the humidity that existed.
The diligent workers have also compacted the land and a reinforced mortar slab is laid out that is thick enough to prevent the patio from sinking again in the future.
The budget for these works were €47,876.67.
Further maintenance works to the Cabezo de Torres Centre consisted of; lifting all the ceramic paving in the central part to solve some existing problems on the surface because the area had been raised.
The placement of a low-grip layer in mortar, without a perimeter joint with the vertical hard points, will increase the safety of the installation. This area is most used by young children, who had the risk of falling before the work was carried out.
These works cost €30,028.68.

The Department of Social Rights has taken action to improve Tienda Asilo, in the San Juan de Murcia neighbourhood, for safety reasons following last year’s DANA damage.
The roof was badly damaged and needed to be corrected, among other works.
The investment for these works has been of €11,778.25.

Works have also been carried out at the Juan Carlos I centre in Murcia consisting of; demolishing the entire northern courtyard, compacting the land and repairing the perimeter edge of the covered arcades and the path. A planter has also been set up that children can use as a vegetable garden.
The City Council has also acted at the Llano de Brujas Women’s Centre. It has allocated €15,000 to improve the thermal insulation of the roof of the building and the carpentry of the common areas to achieve greater energy efficiency in the face of the most intense cold, or hot months.
Several works are planned at the Centro de la Mujer del Barrio del Progreso, budgeted at €15,000. The upper floor will be equipped with one more toilet, the paint store will be isolated and both the blinds and the lights will be replaced.

The adaptation of a toilet to make it fully accessible, enable an emergency exit and improve the soundproofing of the auditorium and the dance hall are the works that have been carried out at the Los Dolores Women’s Centre.
The works have costed around €16,479.57.
In the district of Los Dolores, the City Council has also acted in the Municipal Centre, which houses, among other services, a social work unit and the social centre of the town. The building is adapted to successfully meet fire protection regulations.
Newly equipped fire hydrants, smoke and fire detectors and alarms, and an external emergency staircase have been installed to provide the unit with a second exit, if necessary.
The municipal offices located on Calle Saavedra Fajardo in Murcia have also received improvements thanks to the replacement of the windows, with new frames and double glazing being fitted.
This action allows the climatic conditions of the building floor to be substantially improved, reducing energy losses, consumption and the carbon footprint and improving energy efficiency.
These works had a budget of €47,876.67.
These major works will be a welcomed boost to the social care centres in Murcia, and will desperately help those that need to use these facilities.
For more news from Southern Costa Blanca, please follow this link.