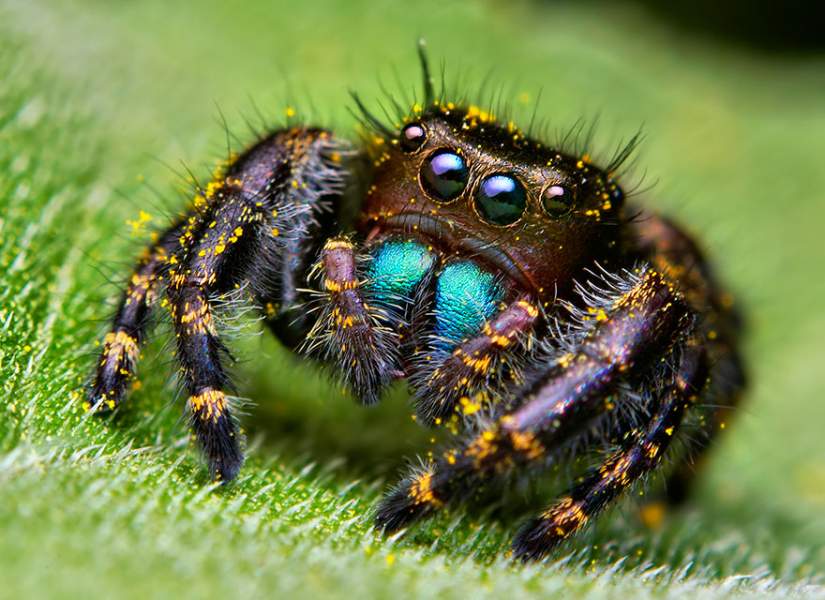 LIKE them or loathe them, Spiders play an important part of our ecosystem and with approximately 45,000 known species of Spider in the world, they are here to stay.

In fact, according to the American Museum of Natural History, there would be a ‘famine’ without them. Spiders eat a whole range of critters who themselves feed on our plants and crops. So, they don’t just keep your house bug free.

That being said, it doesn’t mean you have to like them, and, in fact, a large number of people have an absolute fear of the Spider in any shape or form. This is called Arachnophobia.

Arachnophobia is a severe and irrational fear of spiders, although it probably won’t feel irrational if you suffer from it. It affects up to 6.1 per cent of the entire global population which is approximately 475 million people.

Did you know that Spiders are not insects and actually part of the arachnid family?

The largest spider in the world by both mass and size is the South American Goliath bird-eater. A resident of northern South American, this member of the tarantula family can weigh up to 170 grams with each leg growing as long as 30cm.

The South American Goliath bird-eater is by no means the only large arachnid in existence.

Ten of the World’s Biggest Spiders

Did you know that Spiders, Scorpions, Mites and Ticks are all part of the arachnid family?

Just like all countries, Spain has its share of both indigenous and migrant varieties. There are thought to be around 59 varieties of Spider in Spain however as arachnids don’t follow territorial borders in the same way that humans do, this number could easily be slightly more or slightly less. The most common Spanish spiders are:

Araneidae, also known as Orb weaving spiders, these are the most common group of web building spiders.

Sparassidae, also known as the Giant crab spider or Huntsman spider, this is a mainly tropical breed of spider that prefers sunnier climates.

Macrothelidae, also known as Large spinnerets spider. This species was discovered and named in 1871 and can be found all over the world from Asia to Europe.

Theridiidae, also known as Comb footed spiders. This is the most globally diverse group of spiders with over 2,200 species.

While you will see from above that there are varieties of venomous spiders in Spain, as stated above, you are more likely to be bitten by a dog than you are a spider. However, that said, it can and does occasionally happen.

Did you know that Spiders are found on EVERY continent in the world … except Antarctica?

So now you have a bit more information about not only spiders in general but also the variety of the species found in Spain, do you feel you have changed your mind about helping or harming one you found in your home?

With our help, have you now changed your mind about Spiders in Spain from Loathe to Like? Have you switched from Like to Loathe?

Either way, Spiders play an import part in our ecosystem and lives so next time maybe think twice before squashing that little critter roaming around your home.

Thanks for taking the time to read this Lifestyle piece. If you enjoyed it then you can find many more Lifestyle articles by clicking here.

To keep up with a General News you can click here, or visit our Homepage to see up to the minute news by clicking here.