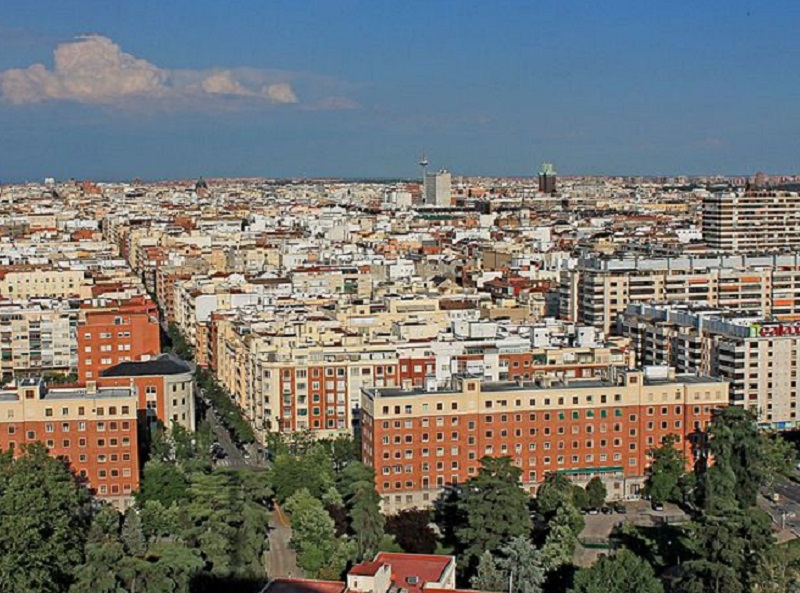 A total of 14 buildings belonging to the Church in Madrid, which accommodate more than 200 individual households, have been sold from under their tenant’s noses.

The Board of Directors that manage the buildings voted to distribute the income generated from the sale of the buildings to a range of large-scale community education projects.

However, the decision has also left the tenants and families of the buildings without a future home and with no explanation other than the delivery of an eviction letter.

From her living room in Calle Angosta de los Mancebos 2, in La Latina, she continued, “My daughter explained to me that they are throwing us out of the house. And I thought it was propaganda!”

This story is almost an identical tale as retold by chef, Luis Fernandez, whose home is on Calle Santa Teresa 9. She exclaimed frustratedly, “I don’t understand what’s going on.”

Fusara, a foundation owned and run by the Church, took the initial steps to have the tenants evicted due to the sale of the forthcoming sale of the properties. Despite discussions with the press, Fusara would not go into any details regarding the financial or operational details of the sales. They also would not elaborate on what the profit from the sale would go towards in detail other than to say it would be used to fund a concentrated educational project in Madrid, the theme of which is also still unknown.

Although, Fusara’s hope for their educational project could potentially see a positive outcome for the communities to which it will serve, the future is not so rosey for the tenant who will now be left without a home as the Church sells 200 homes.

María Teresa Alonso, 79, said “I came to this house when I was one year old and now they don’t want to let us die here in peace”

Despite the sale, Fusara has always assured the tenants in the past that they had no intention of selling any of their buildings and the rental contracts with the company would remain good for the entirety of the time that the tenant chose to live in their apartment.

The tenants have banded together and are to denounce Fusara with the local police, it will then be the responsibility of the police to investigate to see whether or not they believe there is a case to answer for.

The board of trustees managed by Fusara and tasked with overseeing the buildings amongst other projects is comprised of six members: the Archbishop of Madrid, Carlos Osoro; the Mayor, José Luis Martínez-Almeida; the Government delegate, Paz García Vera; the Dean of the Court of the Rota, Carlos Manuel Morán, and two priests from the capital.

“All the contracts that are in force will be maintained,” said Manuel Fernández Clemente, a nominated spokesperson for Fusara, “… those that expire next month? “I can no longer control that.”

A large number of the residents have also expressed anger as they have spent many years in their home, some renovating to the tune of thousands of euros with the express approval of Fusara. It is unlikely they will be reimbursed for their loss.

Thank you for reading this article “Anger in Madrid as the Church sells 200 homes”. For more up to the minute news, click here.