End of an era for Ireland 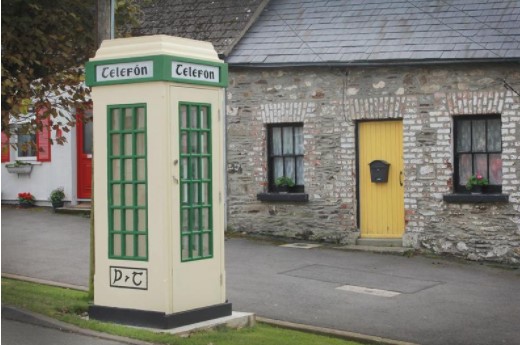 IT’S the end of an era for Ireland as the phasing out of phone boxes due to mobile phones and modern technology has begun.

The staple of bygone days, before mobile phones were invented and most households had their own landline, are now set to disappear from many Irish towns by next year, according to the Irish press.
Eir will no longer be required to operate public payphones under a universal service obligation which runs out at the end of this year, after telecom regulator ComReg recommended they were no longer necessary due to low usage levels.

456 phone boxes currently remain around the country, some have been restored by Paul Murphy, who is also known as the “Phone Box Man”.

“The Irish phone box is iconic… that was a specific image in Father Ted that we’ll all remember, the milkman in the phone box making a phone call about the bomb on the milk truck.”

Mr. Murphy claims the payphones will leave a lasting legacy, “Growing up in the 70s, the phone boxes were a big part of the community.
“A lot of families didn’t have phones in the houses so you had to go down and make a phone call, down in the local phone box.”
Mr. Murphy first restored an old phone box four years ago.
“There was one for sale in Meath, I think, I spotted it on DoneDeal,” he explained.
“Because I suppose it had memories for me in my childhood so I bought it and did it up and spent a couple of months and it was good therapy for me.”
Phone boxes have been used in art and for decorative purposes for some years now. In London legendary street artist Banksy famously depicted the death of the British phone box.


It really is the end of an era, with technology advancing so quickly, I must admit though I was stuck without battery in my phone a few months ago and a payphone would have been really helpful. Do you think high streets need to adapt to the loss of them? Perhaps introduce charging points instead for mobile phones is the answer.
We hope you enjoyed this article “End of an era for Ireland”.
Euro Weekly News is delighted to continue to be able to bring you a range of News that doesn’t cost you anything but your internet connection. Whether it’s Local Spanish News or International Entertainment News, we’ve got you covered!