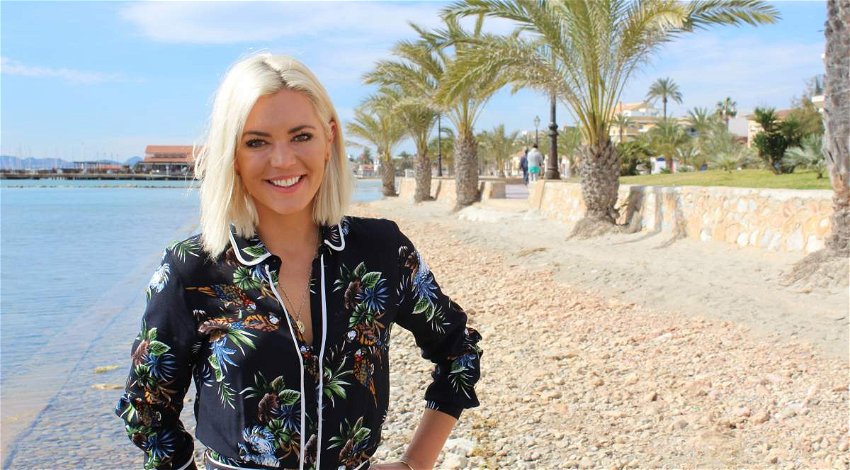 'A Place in the Sun' returns to Spain. Credit-Twitter

BRITISH TV’s Channel 4 will once again record the popular reality show ‘A Place in The Sun’ in various towns in the Axarquía region.
The show helps couples find the home of their dreams abroad at a good price.
The production company has returned to various locations the Axarquia and, with the advice and accompaniment of technicians from the Axarquía Film Office and the Axarquía Mancomunidad Tourism Area, the team from ‘A Place in The Sun ‘will record in  the towns of Cómpeta, Alcaucin, Frigliana, Canillas de Aceituno, Canillas de Albaida, Sayalonga, Sedella and Arenas.

Last March, the programme that has been broadcasting on TV in the United Kingdom for twenty years, recorded for a week in several municipalities in the area.
Due to the health crisis of COVID-19, they also had to cancel several recordings that were scheduled in the region during the past July.
The president of the Mancomunidad Axarquía, José Juan Jiménez, has highlighted the importance of ‘A Place in The Sun’ returning once again, highlighting the promotion of the region abroad and showing that “the Axarquía is a safe destination both for tourism as well as to host any type of filming.”
For his part, the member of Tourism of the joint entity, Juan Peñas, has also emphasised that “the Axarquía is a safe destination for the film industry”, highlighting the opportunity that the interior of the region has to offer its beauty and uniqueness through these types of programmes.
‘A Place in The Sun’ airs daily on More 4, Discovery Real Time and Discovery Travel & Living, as well as other channels in Europe, New Zealand, London, Manchester, Birmingham, Australia and South Africa.

We hope you enjoyed this article “TV show ‘A Place in The Sun’ returns to Spain’s Axarquia region”.