Benidorm wants to display another facet 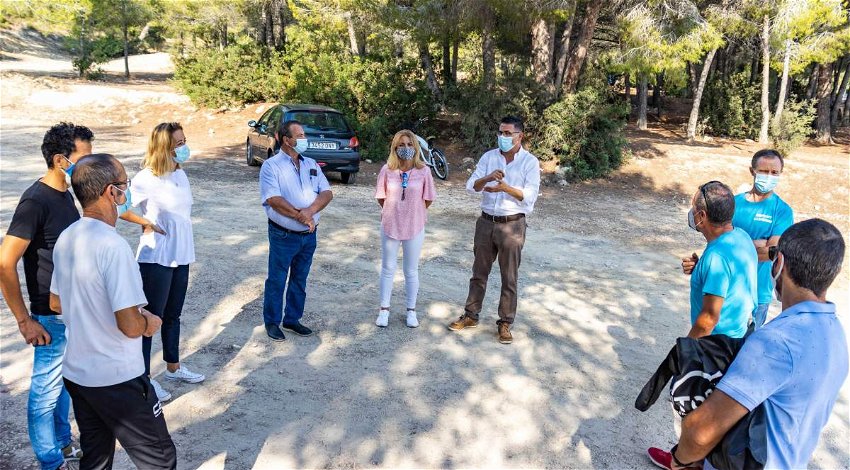 BENIDORM is adding sport to its sun, sand and sea offer.
Seeking new ways of holidaying and attracting tourists in a near future with inevitable coronavirus restrictions, the town hall is taking advantage of its privileged surroundings.
This entails constructing jogging circuits and bike lanes in the Sierra Helada area and leafy El Moralet which lies behind the high-rise hotels and apartment blocks.
Benidorm’s sportspeople are cooperating on the project with support from the Consejo Vecinal residents’ council, Sports councillor Marilo Cebreros announced.
The Club de Atletismo Benidorm and the Union Ciclista Benidorm’s BTT mountain bike section have now agreed to design the new mountain running circuits and the rough-terrain cycle paths.
Members recently met Cebreros and other councillors in El Moralet to discuss this newest facet of Benidorm’s Sustainable and Integrated Urban Development Strategy (Edusi) and its Smart Safe Tourism Destination (DTI+Segura) plan.
The initiative has had a good reception, Citizens’ Participation councillor Ana Pellicer revealed.
“Our clubs are already getting to work, designing the different paths and tracks,” she said.
“They will be of varying difficulty and at the same time adapted to ensure that everyone can enjoy them.”
This means including the very youngest, all the way up to the great mountain bike professionals and cross-country runners, Pellicer said.
Constructing the new paths is due to begin next year with funding from the Edusi’s EU allocation as well as the DTI+Segura scheme.
“A Sports Information Point is to be located in El Moralet adjoining the Guillermo Amor sports complex,” Pellicer announced.
Anyone wanting to enjoy sport in natural surroundings would find information there about the different circuits and trails, she said.
The town hall is also launching an app for downloading the routes and following them via GPS, the councillor added.
The Sports department was excited to be joining the project, said Cebreros who pointed out that it would be impossible to have achieved without the clubs’ participation.
“We want to offer the opportunity of practising sport and enjoying nature because Benidorm is more than sun and beach,” the councillor said.  “We have so many other options.”