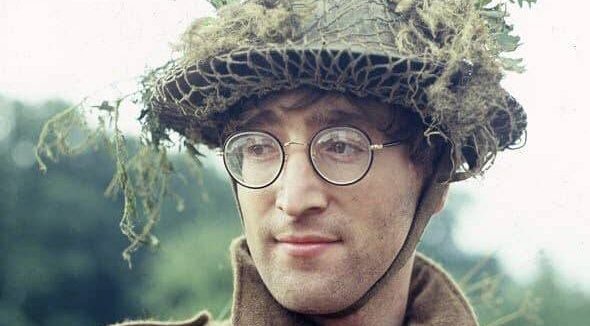 IN 1966 a British newspaper published an interview with John Lennon where he launched a phrase that would shake the world. “We are now more popular than Jesus.”
The reaction was thunderous, and the controversy grew like a snowball.
Just a month later, John Lennon arrived in Almería to shoot the anti-war film ‘How I won the war.’
The city had become a Hollywood in miniature thanks to the contrast of its landscapes and the good conditions offered to large productions.
There John Lennon, fed up with the controversy, found the perfect place to hide.
Also, for the first time, he was going to make a solo tape, without the company of the other Beatles.
On October 9, coinciding with his 26th birthday, John’s wife Cynthia and Ringo Starr went to the Andalucian city to celebrate. They rented the Finca de Santa Isabel, today headquarters of the Casa del Cine de Almería, to stay in.
Little did they know that one of Lennon’s greatest compositions was going to take shape there.
Cynthia said that it was the inspiration for his immortal ‘Strawberry Fields Forever.’
John Lennon confirmed a couple of years later in Rolling Stone magazine that it was there that he composed the famous song, “I composed it in Spain when I was filming ‘How I won the war.’  I did it from time to time and it took me a long time to write it, I did it in chunks.”
The serenity of those days carried the musician back to his childhood and the memory of another huge house, the orphanage where he spent his first years in Liverpool named.. Strawberry Field.
Strawberry Fields Forever was released in February 1967 as a “double single” alongside another track that also evoked childhood in Liverpool, Paul McCartney’s ‘Penny Lane.’
We hope you enjoyed this article “John Lennon wrote one of his famous hits ‘Strawberry Fields Forever’ whilst staying in Almeria”.
You may also wish to read “Coca-Cola Bottling Plant Moves to Seville.”

For more Local Spanish News from Almeria, head over the page on the Euro Weekly News website.