Police shut down 11 illegal raves and parties in one night 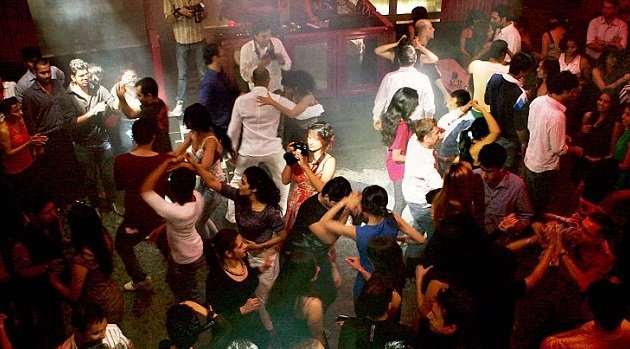 Police shut down 11 illegal raves and parties in one night as flouters breach anti-pandemic restrictions.

Around 1,000 people attended a rave at Naval Row, E14. Officers were called at 11.30pm and seven people were arrested under the coronavirus regulations and will be liable for a £10,000 fixed penalty notice each.

Three have been released on bail and four released under investigation.

A large amount of equipment and sound systems was also seized.

Officers also second music event in the city where around 200 people were illegally gathered. They were swiftly sent home and the equipment was seized.

Police were even called to a Christening celebration in Tottenham and one person was reported for a £10,000 fixed penalty notice.

Dedicated ‘Covid teams’ responded to calls from the public reporting breaches as well as being on ‘proactive patrol’, shutting down gatherings.

Commander Ade Adelekan of the Metropolitan Police said: “If you think the next few days are an excuse to break the rules, think again. You will get caught, we will take action and impose the maximum sanctions.

“Not only are UMEs unsafe for many reasons but they brazenly disregard the current Covid-19 restrictions. As well as music events there were numerous gatherings which flout the rule of six.

“The majority of the public have had to make sacrifices during this time, we will not let those who think they are above the law get away with this selfish behaviour.

Thank you for taking the time to read this news article “Police shut down 11 illegal raves and parties in one night”. For more UK daily news, Spanish daily news and Global news stories, visit the Euro Weekly News home page.