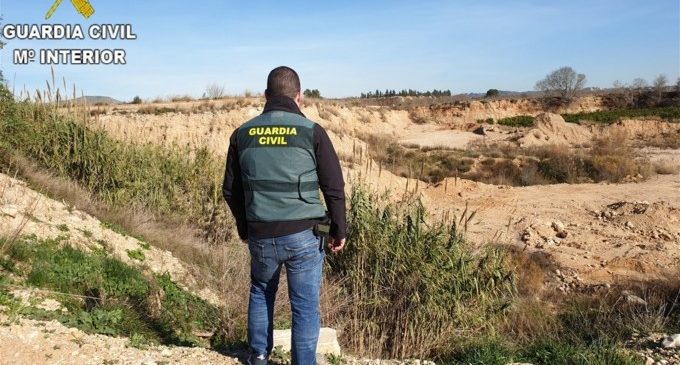 There are not enough vests for all the officers

A MAN on trial for murdering of his two children in Godella, Valencia, in March 2019 is facing 50 years in prison.

Their mother is also on trial facing internment in a psychiatric centre for the same amount of time, 50 years, for murdering the two children, but it is though she was suffering from schizophrenia at the time of the crime.
The children, a boy aged three and a half, and a girl of just five months, were found buried within 200 metres of the house which the family was occupying illegally, nine hours after the mother, who was found by Guardia Civil naked and hidden in a barrel, confessed their location.
The father claims that he had no part in the crime and that the mother killed them both. He also denies that their beliefs had any type of influence on her or that they were killed as part of a ritual.
The couple allegedly bathed their children in the swimming pool and then violently beat them both, either with a blunt object or against the floor.
In the days following the event, the mother underwent several medical tests to determine if she did in fact have a mental illness. She was diagnosed with paranoid schizophrenia.
The man, with dual Belgian and Mexican nationality, had no criminal record, and the woman, Spanish, had been a couple since 2011. They had been travelling around Europe until in 2017 they settled in the country house in Godella, without the consent of the owners.
Both of them believed that a sect was persecuting and harassing them, fearing that their son would be abused or kidnapped. They believed that the woman’s friends and relative were in the sect and were so afraid that they stayed awake at night.
At the beginning of 2019, having seen how they were living, the woman’s mother had reported that she feared for her grandchildren.
They said that the only way to protect the children was “after a purifying bath of their souls, to end their lives and send them to the afterlife so that they could later revive”.